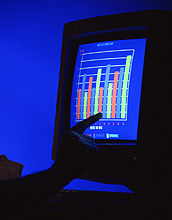 U.S. GDP would be higher if research and development were treated as an investment.

Gross Domestic Product (GDP) would be nearly 3 percent higher each year between 1959 and 2004--$284 billion higher in 2004 alone--if research and development (R&D) spending were treated as investment in the U.S. national income and product accounts, the Bureau of Economic Analysis (BEA) and the National Science Foundation (NSF) announced on Friday. BEA and NSF partnered to produce these estimates as part of an ongoing activity to illustrate how spending on R&D affects U.S. GDP.

"NSF is proud of this partnership. It will lead to a better understanding of the importance of R&D to economic growth, scientific progress and international competitiveness," said National Science Foundation Director Arden L. Bement.

The R&D satellite account was developed by the Commerce Department's BEA and the NSF's Division of Science Resources Statistics (SRS), which is responsible for producing data and analysis on the science and engineering enterprise. In 2004, the two agencies entered into a multiyear agreement to use data from R&D expenditure surveys SRS collects to produce an R&D satellite account--a supplemental set of data that can be factored into economic measurements to determine the impact of R&D spending by various organizations on U.S. growth and productivity.

NSF provides funds for the R&D satellite account project and its staff participated in the development and review of account methodologies. Using NSF's R&D expenditure data, BEA developed estimates of R&D investment and the resulting macroeconomic effects, and first released data under this agreement in 2006.

The 2007 R&D satellite account updates the 2006 BEA estimates of the effect of R&D on economic growth. It extends data to 2004, incorporates methodology improvements and presents for the first time industrial and regional details and the role of multinational corporations (MNCs). Major findings include:

"Today's data highlight the role of R&D spending in improving the competitiveness of industries such as information technology, pharmaceuticals and other manufacturing industries," said Commerce Secretary Carlos M. Gutierrez. "These new estimates demonstrate the importance of one key source of innovation--research and development--in the U.S. economy. Our data must keep pace with the changing and growing economy and more improvements are planned."

NSF has developed a Science of Science and Innovation Policy (SciSIP) to fund research supporting the analytical tools and data that will help to understand U.S. economic competitiveness and innovation in a global context. The BEA/NSF R&D satellite account data may be a significant input to that research activity. To learn more, visit: http://www.nsf.gov/funding/pgm_summ.jsp?pims_id=501084&org=SBE. In another initiative, NSF/SRS is working with Commerce's Census Bureau to significantly improve ongoing data collections on research and development in the industry sector.

More detailed information about the 2007 R&D accounts is available on the BEA Web site, http://www.bea.gov/. For R&D and other science and engineering data see http://www.nsf.gov/statistics.