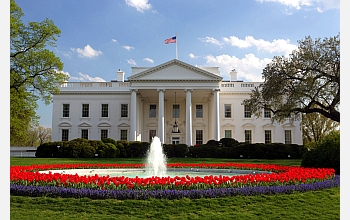 Twenty young scientists from among those taking part in the National Science Foundation's (NSF) Faculty Early Career Development Program (CAREER) have received an additional distinction as winners of Presidential Early Career Awards for Scientists and Engineers (PECASE) for the 2006 competition.

By receiving awards through the CAREER program, the PECASE winners had already demonstrated their success in integrating research and education within the context of the mission of their organization.

"These scientists and engineers have not only brought transformational ideas to their fields of study, they have also enriched the educational environment, especially in their roles as mentors," said Kathie L. Olsen, NSF's deputy director.

Research and mentoring are closely associated for Ahna Skop, assistant professor of genetics at the University of Wisconsin Madison. Skop was recognized for innovative research defining the mechanisms required for cytokinesis in animal cells, and for identifying molecular links between the ways in which animal and plant cells divide. For more than a century, biologists had considered a cellular structure called the midbody to be nothing more than "cellular garbage."

"So I decided to go garbage picking, and it turned out to be very fruitful," says Skop. Working with the model invertebrate organism, C. elegans, then mammalian subjects, Skop found about 100 new proteins required for cell division. Her discovery has implications for diseases where cells fail to divide normally, including cancer, and offers the potential to use the proteins as targets to prevent disease.

Skop, is also recognized for developing a systems biology course and for mentoring Native American students. With Cherokee Indian ancestry, Skop has made a commitment to bring Native students to campus and professional meetings. "Many are very good in math and science," she notes. "But it's often hard for them to leave home because of close family ties and lack of funding."

At Ohio State University, James Schmiedeler, assistant professor of mechanical engineering, has been reaching across disciplines into the area of neuroscience, studying how the brain plans movement and how a stroke damages a person's motor skills. As part of his research, Schmiedeler is developing a mathematical model of motor coordination. Based on that model, Schmiedeler will collaborate with the university's division of physical therapy and department of physical medicine and rehabilitation to develop a robot to aid patients' physical rehabilitation. Over time, the device would help physical therapists gauge a patient's improvement.

Schmiedeler also mentors eighth-grade girls in a summer camp for future engineers at his university, developing modules where students learn about a research topic and participate in an activity. He is currently developing a module about his work with robotic-assisted rehabilitation.

Chekesha Liddell, assistant professor of materials science and engineering at Cornell University, studies how non-spherical particles in the size range from about 100 nm to one micron (colloids) can be induced to arrange themselves into structures that promise a significantly higher level of control over light waves than traditional optical materials. Artificial crystal structures "self assembled" from the colloidal particle building blocks exhibit symmetries that can enhance the strength of interaction between light and matter.

"In a gem opal, silica particles are close-packed into crystals," says Liddell. "We can make similar synthetic structures and produce the same brilliant reflections from them. But instead of utilizing the natural building blocks, which are spheres in the opal case, we use other geometries and materials with a higher index of refraction."

The new geometries include particles shaped like peanuts, pears, and mushroom-caps, among others. Engineering strong light-matter interactions through the design of new structures enables advances in a number of critical technologies. Among them are structuring solar cell component materials and their interfaces at fine scales to improve the efficiency of the next generation solar-to-electric energy conversion devices; structuring porous silver and other metal-ceramic composite materials to increase the sensitivity of chemical and biochemical sensors to target molecules including proteins, DNA or pesticides; and structuring microscale circuits that can transmit and process large volumes of data at fast rates by manipulating light pulses rather than electrical signals, thus driving innovations in photonics technology.

Liddell uses images of the crystals as seen under the electron microscope as a way to help connect young people to science. Beautiful scientific images make up the artwork planned for jigsaw puzzles and their box covers to inspire youth to think about materials science and engineering. The kits in the puzzle boxes will introduce youth to ongoing work in the field as well as to the opportunities for them through the outreach activities of the professional materials societies, such as a summer camp. Liddell has also been involved in minority student outreach through the National Society of Black Engineers.

Matt Fouch, associate professor at the School of Earth & Space Exploration at Arizona State University, is recognized for developing new approaches that integrate multiple seismic and geodetic data types to better understand the structure of Earth's interior beneath continental North America over time.

"We're currently in the middle of a major effort toward interdisciplinary work in the earth sciences, linking what we know about geology at the surface with structures hundreds of kilometers below the surface," he says. "That means trying to marry up some of the disparate data sets within the geosciences."

Fouch primarily uses earthquake data as a source of energy to image the Earth's interior. Part of his current research effort is to use GPS technology to link the rates of tectonic plate velocities at the surface with structures he images below the surface using earthquake data. These data are gathered by networks of seismometer arrays that are constantly measuring seismic activity from all over the world. Using these data in a variety of ways, he performs detailed imaging of the earth's crust and mantle. The goal is to provide new constraints on structures in the mantle to 700 kilometers and deeper, and to connect that with the Earth's plate tectonic history.

"Each earthquake as it occurs provides unique information about Earth structure," says Fouch. "By using seismic arrays, such as EarthScope's USArray, we are able to capture these 'snapshots' of Earth's interior. Our goal is to link what we measure seismically with our understanding of changes in rock properties within temperature and chemical composition deep within Earth. Using this information, we can then link these deep structures back to plate tectonic history, which in turn enables us to connect what we image at depth with what geologists tell us about the history of rocks at the surface."

Fouch brings his passion for his subject to the training of young earth scientists. While it's possible to obtain seismic data from any computer connected to the Internet, he values the opportunity to take students out to the field areas where such data are actually gathered. In addition, having noticed that many earth science students seem to fear geophysics because it is more math- and physics-based, he is developing tools that help students without a lot of background in seismic data processing be able to analyze data as part of standard class term projects.

"Once people can look at and process the actual data," he says, "they get excited about it very quickly."

Carlos Rinaldi, associate professor in the department of chemical engineering at the University of Puerto Rico (UPR), Mayaguez, is recognized for his research into the response of suspensions of magnetic nanoparticles--minuscule magnets dispersed in a fluid medium--to time varying magnetic fields.

"There are novel phenomena you can observe in the interplay between magnetic forces and viscous forces," notes Rinaldi.

These include the random motion of the small particles in response to collisions with the surrounding fluid molecules.

When time varying magnetic fields, such as oscillating or rotating fields, are applied, the tiny magnetic dipoles tend to track the applied field. Due to the competition between magnetic torques and viscous drag, there is a lag between the applied field and the average magnetization of the suspension. Rinaldi's work has allowed a precise quantitative description of these and other phenomena. It also facilitates the development of novel applications of magnetic nanoparticles in time-varying magnetic fields, such as magnetic nanoparticle based sensors and magnetic fluid hyperthermia, a form of cancer treatment currently under investigation.

Rinaldi is deeply committed to the recruitment and retention of students from underrepresented groups in engineering. He has served as the undergraduate research advisor to 39 Hispanic students, 27 of whom are female. He also regularly advises students from UPR-Mayaguez on applying to summer research programs, graduate school and national fellowship competitions.

A complete list of NSF's PECASE awardees, their associated directorates at NSF and their universities follows: