Awards of science and engineering doctorates grew 9.6 percent between 1997 and 2006 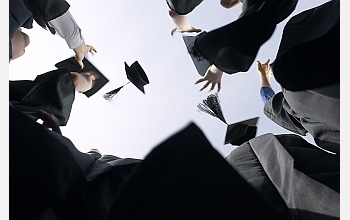 U.S. institutions awarded a record number of science and engineering (S&E) doctorates in the academic year ending in June 2006, charting their fourth consecutive annual increase and a 6.7 percent increase over 2005.

According to new data released by the National Science Foundation (NSF) from the Survey of Earned Doctorates (SED), institutions awarded 29,854 S&E doctorates with biological sciences, computer sciences, mathematics, chemistry, social sciences and engineering reaching all time highs. A total of 15,742 doctorates in non-S&E fields were awarded in 2006, an increase over the 2005 count but a slight decline from the record number of 15,848 in 2004.

From 1997 to 2006, awards of S&E doctorates grew by 9.6 percent, with increases concentrated in the last four years. During the same 10-year period, doctorates awarded in all fields grew by 7.2 percent. But awards in non-S&E fields remained relatively level; thus, increases in S&E fields account for most of the growth in doctorates awarded.

In 2006, 15,947 doctorates were awarded to non-U.S. citizens, including 1,829 individuals who were permanent residents and 14,118 who were in the U.S. on a temporary visa. Awards to non-U.S. citizens constituted 45.2 percent of awards to those in S&E fields who reported citizenship status.

"While the overall number of S&E doctorates is going up, the rate of increase in doctorate awards in the last 5 years is higher for non-U.S. citizens than for U.S. citizens, 44.1 percent vs. 7.6 percent," said Jaqui Falkenheim, SED project manager at NSF.

The SED has been conducted continuously every year since academic 1957-58, collecting data on the number and characteristics of individuals receiving research doctoral degrees from all accredited U.S. institutions. The results are widely used to assess characteristics and trends in doctorate education and degrees.

"This information is vital for educational and labor force researchers within the federal government as well as in academia," said Falkenheim.

Additional data for all fields of study will be available in the interagency report Doctorate Recipients from U.S. Universities: Summary Report 2006 at http://www.norc.uchicago.edu/issues/docdata.htm. The full set of detailed tables about S&E doctorates from this survey will be available in the report Science and Engineering Doctorate Awards: 2006 at http://www.nsf.gov/statistics/doctorates/