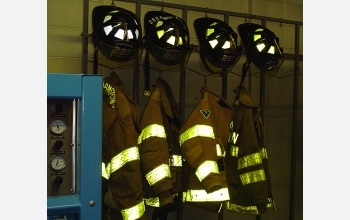 A new study by researchers at the University of California at Irvine says stress and fear in the aftermath of the Sept. 11, 2001, terrorist attacks on the World Trade Center and the Pentagon may have prolonged health effects for Americans.

For the first time, researchers have evidence that high levels of mental and emotional stress from traumatic events may be linked to an increase in cardiovascular problems among those with no personal, direct exposure to the conditions that caused the stress. Three years after the 9/11 attacks, researchers found a 53 percent increase in heart-related problems among those who reported high acute stress responses, as compared to those who reported low acute stress symptoms.

The findings, funded by the National Science Foundation (NSF), were recorded during the first three years following 9/11. The volume of data collected was so vast, it took nearly four years to compile.

"Most of the research on the effects of 9/11 has focused on effects of those directly involved in the attacks," said Social Psychology Program Officer Kellina M. Craig-Henderson for NSF. "This study goes beyond that work and documents prolonged effects resulting from both direct and indirect exposure to traumatic events."

The results were especially strong among individuals reporting ongoing worry about terrorism after 9/11; these individuals were 3-4 times more likely to report a doctor-diagnosed heart problem 2-3 years after the attacks.

"Our study is the first to show that people who had no personal connection to the victims were more than twice as likely to report being diagnosed by their doctors with cardiovascular ailments like high blood pressure, heart problems and stroke up to three years later," said UC Irvine's Alison Holman, professor in nursing science and lead researcher for the study.

Researchers say officials should consider the potential public health impact of indirect exposure to extreme stress, especially since most were exposed to 9/11 only through media images on television.

The study will be published in January's Archives of General Psychiatry.