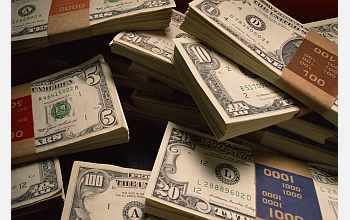 On Feb. 13, 2008, the president signed a $168 billion stimulus package designed to give $300, $600 or $1,200 checks to more than 100 million Americans. It was the second time in seven years that lawmakers agreed to return additional tax money in hopes that people would spend it to stimulate a sluggish economy. A key question: Will those receiving checks spend enough to have the desired effect?

Economic theory says "yes" -- give people money and they will spend it. But Nicholas Epley, a professor of behavioral science at the University of Chicago, Graduate School of Business, says the actual answer depends on more than simply giving people more money. Epley, whose findings come from several heuristic research studies, says that the way the government characterizes the money can have a major impact on whether or not people choose to spend it.

"Decisions about whether checks from the government will be spent or saved depend very heavily on how people's options are described," says Epley. "If the goal is to increase consumer spending, the checks should have been pitched [to the American public in recent months] as 'tax bonuses' instead of 'tax rebates.'

"People are much more liberal about spending a bonus or a windfall than they are spending money thought of as part of their income," said Epley. "People consider a 'tax bonus' a windfall, but consider a 'tax rebate' more like their regular income."

Epley's research was funded by the Social, Behavioral and Economic Sciences Directorate at the National Science Foundation, Arlington, Va., as part of a larger research program designed to investigate the psychology of judgment and decision making.

"We were genuinely surprised by the size of the framing effect we observed," said Epley, who conducted several experiments in which participants were given $50 checks or $25 in cash, depending on the experiment, alternately described as rebates and bonuses.

The results may explain the apparently low spending rates observed immediately following the 2001 tax rebates, in which the government refunded $300 and $600 checks to taxpayers.

According to Epley, this is a sign of the power that seemingly mundane psychological variables can have on the effectiveness of public policy. He argues that psychologists are not consulted as much as they could be when lawmakers are thinking about the design and implementation of major public policies.

"A second implication follows from the first," he says. "If varying descriptions, designs, or other psychological variables matter for the effectiveness of a policy, then it might be of considerable value to run some small-scale pilot studies to identify which designs or descriptions might be the most effective.

"Market researchers do a great deal of this, but it's not so clear that this is done as much as it could be in public policy circles."