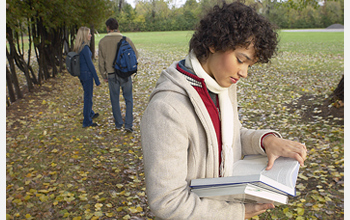 Federal R&D funding for science and engineering in academia fell 1.6 percent from fiscal 2006-2007.

Federal funding of academic science and engineering research and development (R&D) failed to outpace inflation for the second year in a row, according to recently released fiscal year (FY) 2007 data from the National Science Foundation (NSF).

The data from NSF's Survey of Research and Development Expenditures at Universities and Colleges showed an increase in federally funded expenditures of 1.1 percent in current dollars to $30.4 billion, but after adjusting for inflation, the number signified a 1.6 percent decline from FY 2006 R&D expenditures. This decline follows a 0.2 percent decline between FY 2005 and FY 2006. A two-year decline in federal funding in constant dollars is unprecedented for this 35 year data series.

Traditionally, the federal government has been the largest source of academic R&D funding, accounting for more than 60 percent of total R&D expenditures in most years. Although this is still the case, the share recently decreased, from 64 percent in FY 2005 to 62 percent in FY 2007.

Overall, R&D expenditures related to science and engineering reported by universities was $49.4 billion in FY 2007. Combined sources of nonfederal funding grew by 7.8 percent in FY 2007, or 5 percent in inflation-adjusted dollars with noteworthy increases in R&D funding from industry.

After three consecutive years of decline between FY 2001 and FY 2004, industry funding of academic R&D in science and engineering fields grew 11.2 percent to $2.7 billion in FY 2007.