Understanding the Science of Solar-Based Energy: More Researchers Are Better Than One 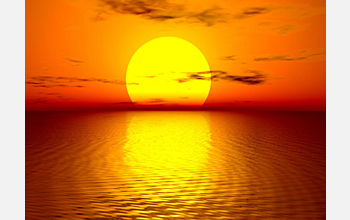 View a video of MIT scientists explaining how they recently discovered a catalyst that produces oxygen gas from water.

With the assistance of a five-year $20 million award from the National Science Foundation (NSF), the California Institute of Technology (Caltech) Chemical Bonding Center (CBC) project, called "Powering the Planet," will increase the number of its collaborators to fulfill its goal of efficiently and economically converting solar energy and water into hydrogen and oxygen fuels.

The hydrogen and oxygen gases produced will be usable by a fuel cell, where they will react to reform water, generating electricity for powering an electric car or other devices. The gases may also be used as a source of energy after the sun goes down, and will generate a carbon-neutral or oil-free source of energy scalable to meet future global energy demands.

One of the center's key goals is to enhance U.S. economic competitiveness in the area of renewable energy.

"We have a very talented and dedicated group of students who are ready and able to tackle the fundamental chemistry problems that must be solved before it will be feasible to produce clean solar fuels on a large scale," said Harry B. Gray, Arnold O. Beckman professor of chemistry at Caltech and leader of the CBC. "We already have several industrial partners, and we intend to add more, as we want to move the new materials and processes invented by our center into the commercial arena as rapidly as possible."

More than 17 researchers and their students from 12 institutions located throughout the U.S. and Switzerland participate in the CBC.

The center is focusing its research efforts on developing a nanoscale-sized system that captures sunlight and converts it to an electrical charge. The interaction of the system's electrical charge and an oxygen catalyst produce oxygen gas and positively charged hydrogen ions or protons from water. The electrical charge, in combination with a hydrogen catalyst and protons, produces hydrogen gas.

"These transformations will require the development of new models for understanding multiple electron and proton transfer reactions and catalyst design," said Luis Echegoyen, director of NSF's Division of Chemistry.

Daniel G. Nocera, the Henry Dreyfus professor of energy and professor of chemistry at the Massachusetts Institute of Technology (MIT) and one of the center's collaborators, recently announced that he and his postdoctoral associate, Matthew W. Kanan, successfully developed a new catalyst that produces oxygen gas from water.

In use with an electrical conducting glass electrode, the new catalyst, made from the earth-abundant materials cobalt and phosphate, produces oxygen gas from neutral pH water using a relatively low potential at room temperature and pressure (see video).

Even though the catalytic reaction is still not yet fully understood, its discovery moves the center one step closer to reaching its goal of using the sun's energy and water as a renewable energy source.

Nocera's and Kanan's research was published in the July 31, 2008, online issue of the journal Science.

"I strongly support Chemistry's CBC program as a way to tackle grand challenge problems with potentially transformative societal impacts such as sustainable energy. The Nocera work and the 'Powering the Planet' Center is an excellent example of this," said Tony Chan, assistant director for NSF's Mathematical and Physical Sciences Directorate.

Phase I of the CBC was established in 2005 when Caltech and MIT were awarded a $1.5 million three-year grant for initial research efforts and for establishing their CBC's management, education, broadening participation and public outreach plans. Caltech's CBC was one of the three Phase I CBCs funded by NSF in 2005 and the only CBC to receive 2008 Phase II funding.