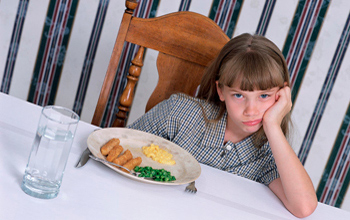 Belief in one's own values and abilities relates more strongly to behavior as children grow older.

Is there a connection between what children believe and how they act, and how strong is the link? Researchers from four universities who studied these questions were surprised by the results.

"For me the biggest surprise was how the link between beliefs and behaviors changed from kindergarten to later in childhood and adolescence," said Jennifer Lansford, one of the researchers from Duke University's Center for Child and Family Policy. "Often we assume that if someone believes something, they will act in a way consistent with those beliefs, but that wasn't necessarily the case for the kindergarteners in our sample."

A spate of social science theories that argue beliefs will predict behaviors regardless of age or level of human development was a main reason for the surprise. These previous, short-term, longitudinal studies involved children with very limited age ranges and produced a somewhat narrow dataset for researchers to analyze.

The new study, funded by the National Science Foundation and published in the September/October edition of the journal Child Development, was one of the first to look at the issue across a long period of time. Understanding its research results could lead to strategies that help adults produce more positive and successful behaviors in children.

Lansford and five other researchers led by University of Michigan's Pamela Davis-Kean studied how frequently about 1,600 respondents ages 5-18 acted on their beliefs using two concepts, aggression and achievement. The researchers found that belief in one's own values and abilities becomes more strongly related to behavior as children grow older and really kick in around age eight.

According to the new study, belief consistent actions weren't as strong among very young children. In one of the project's studies, 585 kindergartners imagined they were the central character in four cartoon pictures. Investigators asked them how easy it would be to act aggressively in each situation. On average, the kindergartners answered that it would be easy to act aggressively.

When researchers reassessed the same children each year until 3rd grade, they found similar relatively weak links. But when the same children were assessed again in 8th and 11th grades, there were much stronger relations between how easy these older children said it would be to act aggressively and how aggressive their behavior actually was.

"There is clearly something that changes across development in self-beliefs and behaviors," said Davis-Kean, who is also director of the Center for the Analysis of Pathways from Childhood to Adulthood in Ann Arbor, Mich. "Just because children hold certain beliefs about how good they are at academic subjects, for example, or hold certain beliefs about controlling their behavior, it doesn't mean they will actually demonstrate behaviors consistent with those beliefs."

For example, a child may continually fail at an academic task such as math, while believing he or she is good at it. Additionally, the child may not change his or her behavior relative to math until about 8-10 years of age.

The age parameter may be important for parents, teachers, or counselors intending to change a child's behavior by changing his or her beliefs much before age eight.

"Saying to a child, 'you know this is wrong. Why do you keep doing it?' may not be an effective strategy in trying to stop the behavior," said Davis-Kean. "They may know it is wrong, but they have not associated it with the actual behavior they are doing."

Davis-Kean says there may be a window of opportunity to change behaviors by directly intervening on them, rather than beliefs, in middle childhood when children begin to become more self-aware. For example, academic interventions targeted to change achievement, might include getting additional tutoring or reading assistance. In the case of behavior interventions, using techniques that would stop bad behavior such as time out, or reinforcing good behavior also may produce positive change.

L. Rowell Huesmann and Justin Jager of Michigan University, John E. Bates of Indiana University, and W. Andrew Collins of the University of Minnesota also participated in this study.