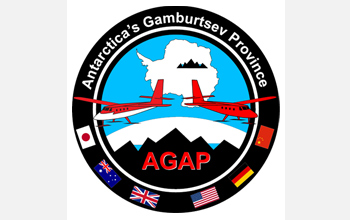 A U.S.-led, multinational team of scientists from six nations will pierce the mysteries of one of the globe's last major unexplored places this month. Using sophisticated airborne radar and other Information Age tools and techniques, the scientists will virtually "peel away" more than four kilometers (2.5 miles) of ice covering an Antarctic mountain range that rivals the Alps in elevation, and which current scientific knowledge suggests shouldn't be there at all.

What the team hopes to find there are answers to some of the most basic questions about the nature of the southernmost continent--and specifically the massive East Antarctic Ice Sheet--including how Antarctica came to be ice-covered in the first place, and whether, as many believe, that process began millions of years ago in the enigmatic Gamburstev Mountain range.

Working every day at extreme altitudes, in 24 hours of sunlight and  temperatures as low as minus 40 Celsius, the researchers of the Antarctica's Gamburstev Province (AGAP) team hope that the technology they bring to bear will help them answer the question of whether the Gamburstevs were born of tectonic activity in Antarctica, or date from a period millions of years ago when Antarctica was the center of an enormous supercontinent located at far lower latitudes.

Robin Bell, of Columbia University's Lamont-Doherty Earth Observatory, who shares the leadership of the U.S. science effort, said AGAP will help scientists understand one of Antarctica's last major mysteries. "Because the heart of East Antarctica is so difficult to get to, we know very little about it. The Gamburtsev mountain range is fascinating--it defies all geological understanding of how mountains evolve--it really shouldn't be there," she said. "We think also that there's a strong possibility that the mountains are the birthplace of the East Antarctic Ice Sheet. Over 30 million years ago, ice began to grow around the peaks, eventually burying the range and its surrounding lakes. I'm really excited that at last we have a chance to find out what happened."

Added Fausto Ferraccioli, a geophysicist with the British Antarctic Survey who is leading the United Kingdom's team, "This is both an exciting and challenging project. It is a bit like preparing to go to Mars. For two and a half months, our international teams will pool their resources and expertise to survey mountains the size of the Alps buried under the ice sheet, that currently defy any reasonable geological explanation. At the same time, we will hunt for ice that is more than 1.2 million years old. Locked in this ancient ice is a detailed record of past climate change that may assist in making better predictions for our future."

The Gamburtsevs themselves were discovered by a Soviet traverse during the last IPY in 1957-58--then known as the International Geophysical Year (IGY). Since that time, the region has been largely untouched.

Traveling deep into the Antarctic interior, more than 630 kilometers (roughly 394 miles) from the South Pole, the science teams will be based at a pair of remote field camps while they complete the first major geophysical survey to ‘map' the mysterious landscape.

The U.S. research teams, from Columbia, Pennsylvania State University, Washington University in St. Louis, the Center for Remote Sensing of Ice Sheets at the University of Kansas (CReSIS), the Incorporated Research Institutions in Seismology (IRIS) and the U.S. Geological Survey, are supported by the National Science Foundation (NSF), which manages all U.S. research on the southernmost continent through the U.S. Antarctic Program. NSF is also the lead U.S. agency for IPY.

Bell noted that the AGAP fieldwork is emblematic of the scientific goals of the current IPY and of the scientific advances made in the past 50 years because it will use tools and techniques that were simply unavailable in IGY.

BAS and NSF aircraft, specially equipped with ice-penetrating radar technology, gravimeter and magnetic field sensors, will fly survey lines over an area more than twice the size of California.

"These methods are similar to medical technologies like X-rays and MRI's that capture images from deep inside a human body, " Bell said. She added that the scientists will eventually create a coordinated mosaic of images drawn from the shallowest layers in the ice sheet down to regions hundreds of kilometers beneath the hidden mountains, in effect creating a three-dimensional map of the vast and unexplored region.

Researchers from Washington University and Penn State will contribute to the fieldwork by using seismic recordings of earthquakes to create images of the crust and mantle beneath the mountain range.

"The images will help determine how the mountain range formed," said Douglas Wiens, of the Department of Earth and Planetary Sciences at Washington University. "We will deploy an array of 23 stations spread over the mountain range that will gather seismic data."

AGAP scientists added that IPY provided an international mechanism for coordinating this multinational project that might otherwise have been very difficult, if not impossible, to mount successfully.

"This project is possible almost uniquely at this point in time because of the international framework created by IPY, which gives researchers from many nations a single common conduit to pool their efforts for the greater scientific good," said AGAP researcher Detlef Damaske, of Germany's Federal Institute for Geosciences and Natural Resources.

Mounting AGAP, added Bell and others, is an enormous and challenging international effort.

In addition to the scientists of the six participating nations, it requires nine aircraft, the establishment of two deep-field science camps, and support from the U.S. Amundsen-Scott South Pole and McMurdo research stations, as well as from the Australian Antarctic Davis Station and BAS' Rothera Research Station. Science and support teams on the Chinese tractor train from Zhongshan Station to Dome A will sample ice cores and decommission the U.K.-Australian Camp. Field depot camps and three other logistics support stations will ensure that food, fuel, supplies, equipment and people are in the right place at the right time.

"This project is a major undertaking for IPY," said Karl A. Erb, the director of the NSF's Office of Polar Programs. "No one nation could do this alone. International collaboration for both the science and logistics elements is absolutely essential. This partnership illustrates perfectly how national Antarctic programs can work together to support and deliver the vital research that help answer the big, yet basic, scientific questions about our world."