Scientists to Study Interactions among Earth's Environment, Society and the Economy 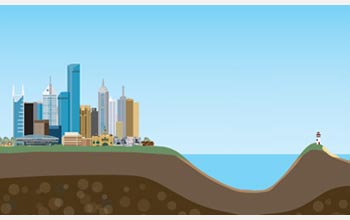 NSF is supporting research on climate change and Earth's environment, society and economy.

Humans have contributed to widespread changes in the environment, according to scientists. Now we will need to adapt to both predicted and unexpected such changes, they state.

To identify the strategies best suited to cover replacement costs for lost services, or recover from the effects of natural hazards, it's important to compare the impacts of various mitigation efforts, such as those for carbon management like "cap and trade" programs, say Killeen and Lightfoot.

To factor valuation of "ecosystem services"--what Earth's resources offer humans--into economic activities in a way that provides critically important information about land and water use, NSF's Directorates for Geosciences (GEO) and Social, Behavioral & Economic Sciences (SBE) have announced a focus on the impacts of humans and our economy on the environment.

The Directorates have issued a Dear Colleague Letter to the scientific community encouraging increased research, jointly supported by core programs in GEO and SBE, on the links among environment, society and the economy.

Especially sought are projects that address such areas as the impacts and adaptation of economic systems; the role of incentives in human behavior; environmental change and its impact on the evolution of human behavior; the interplay of environmental change and inequality of income and access to resources; and overcoming economic and political difficulties in implementing science-based mitigation strategies.

"Climate change will have significant impacts on many aspects of the Earth system," says Killeen, "including carbon sequestration, water and air purification, fisheries and agricultural production and species habitats. Some climate-induced changes will occur gradually, while others will be abrupt."

Adds Lightfoot, "Models show that changes in climate will greatly affect coastal regions, many of which have large urban populations. Climate change may alter the duration and magnitude of monsoonal rainfalls and river flooding. Communities will have to respond appropriately to these new stresses."

These effects and many others, Killeen and Lightfoot state, have direct bearing on economic and policy decisions confronting individuals, groups, firms and governments at local, regional, national and global levels.