Who's Afraid of the HPV Vaccine? 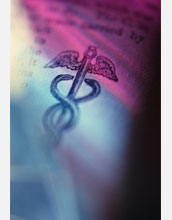 Hotly-debated moral and political concerns regarding HPV are assessed in a new study.

View a Webcast with Dan Kahan of Yale University.

A new study concludes that people tend to match their risk perceptions about policy issues with their cultural values, which may explain the intense disagreement about proposals to vaccinate elementary-school girls against human-papillomavirus (HPV). The study also says people's values shape their perceptions of expert opinion on the vaccine.

HPV is a widespread disease that, when sexually transmitted, can cause cervical cancer. In October of 2009, the Center for Disease Control and Prevention (CDC) recommended that the vaccine be given to all girls ages 11 or 12. However, the recommendation has been mired in controversy, and so far adopted in only one state and the District of Columbia.

An online experiment involving more than 1,500 U.S. adults reveals that individuals who have cultural values that favor authority and individualism perceive the vaccine as risky, in part because they believe it will lead girls to engage in unsafe sex. But individuals with cultural values that favor gender equality and pro-community/government involvement in basic health care are more likely to see the vaccine as low risk and high benefit.

< p>The study was funded by the National Science Foundation (NSF) and is being published online this week in the journal Law and Human Behavior. It found that people exposed to unattributed, balanced information about HPV vaccines tended to produce something called "biased assimilation," a phenomenon in which culturally-identifiable groups draw opposing conclusions and become more divided rather than less divided as they consider evidence.

But when biased assimilation was compared to another survey result, researchers were surprised. "An even bigger effect for all subjects was the perceived values of experts," said Yale University law professor Dan Kahan referring to another part of the experiment in which arguments about the vaccine were matched with fictional experts.

Researchers designed fictional, but culturally identifiable advocates to be seen by respondents as holding opposing and culturally distinct values. The researchers devised the "advocates" to be seen as holding pro-authority and individualistic, or pro-community and pro-equality worldviews.

When views about HPV vaccines came from sources respondents believed shared their values, individuals tended to be more willing to accept the information. But when it came from an expert whom they perceived held values different from theirs, the information was not accepted. In the first instance, respondents perceived the experts to have cultural credibility and trustworthiness, but when respondent values differed from the experts, the experts were perceived to lack cultural credibility.

"This is what the debate in public looks like," said Kahan, who led the study. "Basically, people who hold one set of values see experts with whom they identify as reinforcing their views."

Nevertheless, when experts who held pro-authority and individualistic values asserted that the vaccine was safe, and experts perceived as holding egalitarian and pro-community values argued it was risky, subjects with those values tended to moderate their original viewpoints and give consideration to an opposing viewpoint, because the information came from someone they perceived shared their values.

The study is the most recent in a series researchers have conducted with NSF support to test the "cultural cognition thesis:" the idea that because individuals can't easily judge risks when it comes to evaluating complicated or disputed policy issues, they rely on beliefs grounded in cultural ideology to help them. Previous findings have shown cultural cognition thesis explains disagreements over the risks of private gun ownership, conflict over the risks of novel sciences like nanotechnology, and the relatively low perception of various risks displayed by white males relative to other groups.

The Food and Drug Administration used "fast track" procedures to approve the HPV vaccine in 2006, and a CDC committee recommended universal vaccination of school girls shortly thereafter. In September 2009, the CDC approved an HPV vaccine for males ages 9 to 26 for prevention of genital warts, but stopped short of recommending mandatory vaccinations. The CDC's Advisory Committee on Immunization Practices plans to look at the vaccine's effectiveness in preventing HPV-related cancers in males at its next session this February.

"We hypothesized that ‘cultural credibility' would have an effect," said Kahan. "But we didn't expect it to be as large as it turned out to be."

"The result suggests that the identity of the source is a more important cognitive cue than how people feel about the information alone," said Kahan.

The researchers suggest that anyone who has a stake in promoting informed public debate make an effort to recruit information providers that have diverse cultural outlooks and styles. The key, they say, is to avoid creating or reinforcing any impression--even a tacit one--that a scientific debate over policy is an "us versus them" dispute.