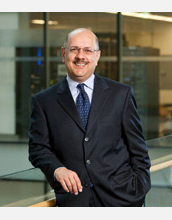 The National Science Foundation (NSF) has selected Farnam Jahanian, professor and chair for Computer Science and Engineering at the University of Michigan, to head its directorate for Computer & Information Science & Engineering (CISE). He will begin his appointment at NSF on February 1, 2011.

In this post, Jahanian will guide and manage funding for the federal agency that supports research in computer and information science and engineering. With a fiscal year 2010 budget of m $620 million, CISE's mission is to enable the U.S. to uphold a position of world leadership in computer and information science and engineering; to promote understanding of the principles and uses of advanced computer, communications, and information systems in service to society; and to contribute to universal, transparent, and affordable participation in an information-based society. CISE supports ambitious, long-term research and research infrastructure projects within and across the many sub-fields of computing, contributes to the education and training of computing professionals and, more broadly, informs the preparation of a U.S. workforce with computing competencies essential to success in an increasingly competitive, global market.

"NSF is proud that Dr. Jahanian will join us in this leadership capacity," said NSF Acting Director Cora Marrett. "His extensive knowledge of and research in network infrastructures and his support for entrepreneurship and commercialization have already had great consequences for the nation's development of cybersecurity. And he has made tremendous strides in showcasing how innovative university research can be paired with private industry. He will be a tremendous addition to NSF."

"Professor Jahanian has conducted outstanding research into fundamental issues with respect to Internet infrastructure and security while at Michigan, and has found ways to turn those discoveries into innovations of great value to society and the commercial sector said Phil Hanlon, U-M Provost and Executive Vice President for Academic Affairs. "Prof. Jahanian's scholarly credentials, vision, and executive experience uniquely qualify him for this leadership role at CISE directorate."

Jahanian, the Edward S. Davidson Collegiate Professor of Electrical Engineering and Computer Science, has been a member of the Michigan faculty since 1993. For four years, he was the director of the department's Software Systems Laboratory; since 2007 he has served as chair. Prior to joining the faculty at Michigan, he was a research staff member at the IBM T.J. Watson Research Center in New York. He is highly regarded for his contributions to research and teaching, his innovative spirit and in-depth knowledge of present computing practices, and his extensive administrative and organizational experience.

Over the last two decades, Jahanian has led several large-scale research projects studying the growth and scalability of the Internet backbone routing infrastructure that have ultimately transformed how cyber threats are addressed by Internet Service Providers. In the 1990s, his research team demonstrated fundamental limitations in the core routing architecture of the Internet by uncovering the fragility of the underlying routing infrastructure. The group's seminal work on Internet routing stability and convergence has been highly influential within both the network research community and the Internet operational community.

His research on Internet infrastructure and security formed the basis for the highly successful Internet security services company, Arbor Networks, which Jahanian co-founded in 2001. Today, 70 percent of Internet backbone transit traffic is protected by Arbor technology, demonstrating how basic university research can be uniquely central to an innovation ecosystem that drives economic growth, global competitiveness, and job creation.

Jahanian has authored over 90 published research papers and has served on dozens of national advisory boards and government panels. He has received numerous other awards for his research, teaching, and technology commercialization activities, including an ACM SIGCOMM Test of Time Award for his foundational Internet security research, the Amoco teaching award, and the State of Michigan Governor's University Award for Commercialization Excellence. In 2009, he was named Distinguished University Innovator at the University of Michigan. He is a Fellow of ACM and IEEE.