Chemists and economists are recognized for their global scientific contributions 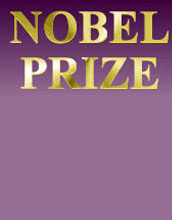 The 2010 Nobel laureates will be recognized in Stockholm on Dec. 10.

Now a total of 191 U.S. and U.S.-based researchers have had their research pursuits funded by NSF earlier in their careers, before going on to become Nobel laureates.

Richard F. Heck of the University of Delaware, Ei-ichi Negishi of Purdue University and Akira Suzuki of Hokkaido University in Japan were awarded this year's Nobel Prize in Chemistry for "for palladium-catalyzed cross couplings in organic synthesis," in other words, for finding new ways to bond carbon atoms together. NSF has funded Heck and Negishi multiple times since 1977 and 1980 respectively for carbon-based (organic) chemistry research that set the groundwork for the development of these award-winning scientific methods now widely used in medicine/pharmaceuticals, agriculture and electronics.

Carbon-based chemistry is the basis of life which has allowed humans to build on nature's chemistry--making use of carbon's ability to provide a stable skeleton for functional molecules. This innovation has given the world new medicines and revolutionary materials such as plastics.

In order to create these complex chemicals, chemists need to be able to join carbon atoms together. However, carbon is stable and carbon atoms do not easily react with one another. The first methods used by chemists to bind carbon atoms together were therefore based upon various techniques for rendering carbon more reactive. Such methods worked when creating simple molecules. However, when synthesizing more complex molecules chemists ended up with too many unwanted by-products.

Palladium-catalyzed cross coupling solved that problem and provided chemists with a more precise and efficient tool to work with. In the Heck reaction, the Negishi coupling and the Suzuki reaction, carbon atoms meet on a palladium atom, where their proximity to one another kick-starts the chemical reaction.

Negishi's research was most recently funded by NSF in 2007. In an interview with the publication, "New Scientist," Negishi described the focus of his research in this way: "Most of nature's important substances have molecular 'asymmetry,' so they are either right-handed or left-handed rather than a mixture. Chemists have already solved how to make asymmetric C-H [carbon-hydrogen] and C-O [carbon-oxygen] bonds, but the most critical--asymmetric C-C bond formation--is still lagging behind. When making new C-C bonds, palladium gives you a mixture, so I'm hoping to find new catalysts for C-C bond formation that give you only one or the other. I'm finding that a combination of zirconium and aluminum works."

To date, NSF has funded 50 researchers who earned Nobel Prizes in Chemistry.

Peter A. Diamond and Dale Mortensen - Nobel Prize in Economics

Peter A. Diamond of the Massachusetts Institute of Technology (MIT), Dale Mortensen of Northwestern University and Christopher Pissarides of the London School of Economics are the 2010 winners of the Sveriges Riksbank Prize in Economic Sciences in Memory of Alfred Nobel. Over the past three decades, Diamond and Mortensen have both received multiple NSF awards. Awards to Mortensen included support for his collaborative research with Pissarides, who teaches at the London School of Economics.

The laureates were recognized for their work that developed a new theoretical framework for understanding how markets work with "search frictions." This is the term economists use to describe a market in which buyers and sellers do not have enough information to immediately identify each other. For example, in a labor market with search frictions, a worker who needs a job must invest time and effort to learn about possible job openings, while an employer with a job opening must search for suitable job applicants. This market cannot easily "clear;" one may concurrently observe unemployed workers and unfilled openings.

Diamond's research developed the economic theory that is the foundation for analyzing these markets. All three laureates then worked to expand the theory. Mortensen and Pissarides have tested the predictions of the theory for labor markets using very detailed data from actual workers and employers.

Their research has been tremendously important for labor economics and macroeconomics. For example, their theory explains why one observes labor markets that fluctuate between situations of high unemployment and much lower unemployment. The theory is widely used to predict the effects of real-world policy tools such as unemployment insurance.  The theory of markets with search frictions has a wide range of other applications across many other fields of economics.

To date, NSF has funded 43 researchers who earned Nobel Prizes in Economics, all but three Americans to whom the prize was awarded since 1969.

Alfred Nobel, the Swede who invented dynamite, in his will in 1896 established awards for achievements in physics, chemistry, medicine, peace and literature. The economics prize was set up by Sweden's central bank in 1968. Former winners include Milton Friedman, Amartya Sen and Friedrich August von Hayek. The economics award's official name is The Sveriges Riksbank Prize in Economic Sciences in Memory of Alfred Nobel.

On Dec. 10, the anniversary of Nobel's death, the laureates will receive 10 million kronor ($1.5 million), a gold medal and a diploma at a ceremony in Stockholm.

A complete list of all NSF-funded Nobel Prize winners to date is posted on this fact sheet.