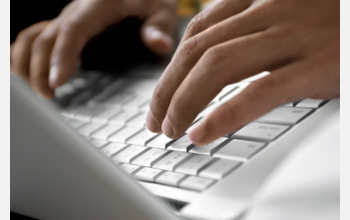 New research published today in the journal Science says people think about things they think they don't think about. Vanderbilt University psychologists Gordon Logan and Matthew Crump say when highly skilled people such as surgeons, carpenters, or pilots perform actions without thinking, those actions are highly controlled. The finding adds key information to a debate on whether people consciously perform actions in which they are highly skilled.

Previous research suggests conscious control of driving a car for an experienced driver, for example, is an illusion.  These studies point to cases in which people intend to do one thing but do another. But the Vanderbilt research, involving a simple typing test, shows otherwise.

The National Science Foundation funded the research, "Cognitive Illusions of Authorship Reveal Hierarchical Error Detection in Skilled Typists," through its Division of Behavioral and Cognitive Sciences in its directorate for social, behavioral and economic sciences.

Logan and Crump tested 72 college-age typists each of whom had about 12 years of typing experience and typed at speeds comparable to professional typists. In three experiments, these skilled typists typed single words shown to them one at a time on a computer screen and their responses appeared on the screen below the word to be typed.

The researchers then secretly introduced errors to see if the typists would detect them. In some instances, they secretly corrected errors made by the typists. In both cases, responses were gauged by measuring the speed at which words were typed.

Logan and Crump found the typists' fingers did not slow down after an error was secretly inserted even though the typists thought they made the error. But when typists made errors, their fingers slowed down whether researchers corrected those errors or not.

He contends the 'inner loop' or doing part of the process looks at the hands, fingers and the feel of the keyboard to decide whether the action is correct.

This "knowing of the truth" proves that skills people perform without thinking are highly controlled. Logan and Crump argue that control is hierarchical. That part of a person that does the thinking relies on different feedback than the part that does the doing. But the two kinds of feedback together allow people to consciously achieve tremendous degrees of precision and speed.

Logan and Crump dismiss an alternative possibility that there is only one process that detects errors. They contend that if there was only one process, then conscious reports should match what the fingers do.

"What's cool about our research is that we show there are two error detection processes: an outer loop that supports conscious reports and an inner loop process that slows keystrokes after errors," said Logan. "Typing slows down after corrected errors just like it slows down after actual errors. It maintains the same speed after inserted errors as after correct responses, as if nothing was wrong."

These finger movements, according to project researchers, show people consciously control actions in which they are highly skilled even when they don't think about them.