Home and Away: Are Invasive Plant Species Really That Special?

Invasive plants are a major environmental problem--but how abundant are they? 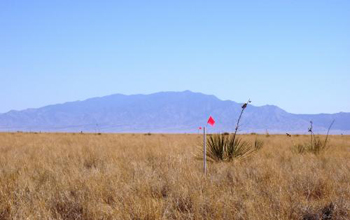 Research in Sevilleta, N.M., shows that plant abundance at home predicts abundance away.

Invasive plant species are a serious environmental, economic and social problem worldwide. Their abundance can lead to lost native biodiversity and ecosystem functions, such as nutrient cycling.

Despite substantial research, however, little is known about why some species dominate new habitats over native plants that technically should have the advantage.

A common but rarely tested assumption, say biologists, is that these plants behave in a special way, making them more abundant when introduced into communities versus native plants that are already there.

If true, it would mean that biosecurity screening procedures need to address how species will behave once introduced to nonnative communities--very difficult to get right, researchers have found.

Scientists in a global collaboration called the Nutrient Network tested this "abundance assumption" for 26 plant species at 39 locations on four continents and found numerous problems with it.

The results are published in a paper in the current issue of the journal Ecology Letters.

"The Nutrient Network has enabled a field test of one of the most basic assumptions of current models," says Gholz, "and found it lacking. But, the results could lead to better predictions in the future."

Twenty of the 26 species examined had a similar or lower abundance at introduced versus native sites.

"The results suggest that invasive plants have a similar or lower abundance at both introduced and native ranges, and that increases in species abundance are unusual," says scientist Jennifer Firn from Queensland University of Technology and CSIRO, Australia, the lead author of the paper's 36 co-authors.

"Instead, abundance at native sites can predict abundance at introduced sites, a criterion not currently included in biosecurity screening programs."

Sites in New Zealand and Switzerland, for example, were similar in species composition, sharing--in some cases--more than 10 species, all with similar abundances.

The results are the first to be published from the Nutrient Network.

The Nutrient Network is led by individual researchers at the various sites, and coordinated through NSF funding to biologists Elizabeth Borer and Eric Seabloom of the University of Minnesota.

"The Nutrient Network is the only collaboration of its kind where individual researchers have set up the same experiment at sites around the world," says Borer.

For three years scientists have been collecting population, community and ecosystem-scale plant data, including species-specific distribution and abundance data, with standardized protocols across dozens of sites.

"The experimental design used is simple," says Borer, "but it's one that provides a new, global-scale approach for addressing many critical ecological issues.

"It will tell us information we need to know about invasive species and changing climates."