How diseases are transmitted among humans, other animals, the environment is focus 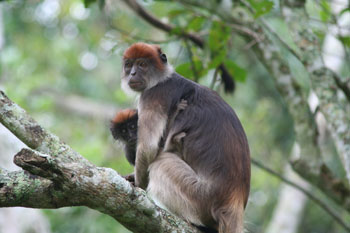 EEID scientists work to answer questions like how HIV spread from monkeys to humans.

New research aimed at controlling the transmission of diseases among humans, other animals and the environment is being made possible by grants from a collaboration among U.S. and U.K. funding agencies.

By improving our understanding of the factors affecting disease transmission, the projects will help produce models to predict and control outbreaks.

Research supported by the U.S.-U.K. collaboration aims to combat diseases that are particularly prevalent and damaging in the developing world, especially those transmitted from animals to humans, called zoonoses.

About 75 percent of recently emerging diseases are infections that may be transmitted between animals and humans. They pose serious threats to human health and to global food security.

Projects will draw on expertise from both the biological and social sciences to help public health workers in the developing world combat the emergence and spread of disease.

For example, scientists will conduct research on the transmission of bacterial diseases that cause fever in Tanzania, with the hope of developing better control strategies.

Another project will investigate the spread of a viral disease related to HIV in colobus monkeys. The researchers hope to gain insights into how HIV was initially transmitted from animals to humans.

Other projects aim to further an understanding of how viruses evolve to infect their hosts.

"The research funded through this program stretches from an understanding of host-pathogen co-evolution, to better management of California forests threatened by disease, to knowledge of viral transmission in African monkeys that will provide answers about the emergence of HIV/AIDS," says Sam Scheiner, NSF program director for EEID. Funding for NSF's contribution to the program primarily comes from its Directorates for Biological Sciences and Geosciences, as well as its Directorate for Social, Behavioral & Economic Sciences.

Researchers hope to gain insights into why some viruses infect a number of different organisms, whereas others are specialized to infect just one.

"Infectious diseases pose a worldwide threat to the health of both humans and livestock that requires an international solution, " says Douglas Kell, Chief Executive of BBSRC. "By coordinating the expertise of a diverse range of scientists in the U.K. and U.S., these projects will help farmers and officials in the developing world manage this threat."

"Addressing the social and economic implications of infectious diseases, along with their biological implications, is essential to developing a comprehensive understanding of this key global challenge," says Paul Boyle, chief executive of the ESRC.

"This trans-Atlantic initiative creates an opportunity for the best U.K. social scientists to collaborate with the best researchers from the U.S., and for them to develop strategies to help health professionals and policy-makers within and beyond the U.K. to combat existing and emerging diseases."

Title: Biological and human dimensions of primate retroviral transmission
PI: Tony Goldberg, University of Wisconsin - Madison
Summary: To better understand how HIV spread from its origin in monkey populations to humans, researchers will study similar viruses currently circulating among wild monkeys in Uganda. By combining data from both the biological and social sciences, this project will focus on the transmission within and between wild animal species and what human social factors--such as awareness, beliefs and behaviors--increase the likelihood of transmission from animals to people.

Title: The effect of sociality on transmission and spread of a multi-host pathogen
PI: Thomas Kunz, Boston University
Summary: The recent emergence of a fungal disease known as white-nose syndrome has devastated hibernating bat populations across eastern North America. This research will investigate how social behavior among bats (such as group size and mixing patterns) influences the spread of the fungal pathogen at local, regional and continental scales.

Title: Impact, ecology and social determinants of bacterial zoonoses in northern Tanzania
PI: John Crump, Duke University
Summary: This project will examine the environmental and social factors that set the stage for the transmission of bacterial diseases from livestock to humans. Scientists will focus on three distinct livestock-owning communities in Tanzania to quantify transmission rates and examine the impact of potential control strategies. They will investigate the factors that affect the transmission of bacterial diseases that cause fever in Tanzania, including those that relate to Leptospirosis (Weil's disease) to develop better control strategies.

Title: Interacting disturbances: leaf to landscape dynamics of emerging disease, fire and drought in California coastal forests
PI: David Rizzo, University of California - Davis
Summary: This research aims to better understand how the interaction of multiple factors like wildfire, drought, biodiversity and nutrient cycles can interact to regulate disease dynamics. Using long-term studies of sudden oak death, estimated to have killed millions of trees in the western U.S., scientists hope to gain new insights about how the emergence, persistence and spread of a pathogen is controlled by environmental disturbance.

Title: Transmission and coevolutionary dynamics drive the evolution of generalist and specialist viruses
PI: Samantha Forde, University of California - Santa Cruz
Summary: This project will use a simplified laboratory system of E. coli bacteria and its viruses as a model to study why some viruses have evolved the ability to infect multiple host species, while others can only infect one. By combining experiments at all levels of virus and host interaction--from genes to cells to populations--with a mathematical modeling framework, this work will further a general understanding of the dynamics of disease in natural systems and help to improve public health initiatives.

Title: Modeling the effects of heterogeneity in water quality on cholera disease dynamics
PI: Joseph Tien, Ohio State University
Summary: Deadly outbreaks of cholera among people in Haiti, Angola and elsewhere can broadly be blamed on poor water quality. However, more knowledge is needed about how the spread of disease relates to the distribution and variation of water quality and treatment facilities across different types of communities (such as shanty-towns, tent camps and commercial centers). This study will use mathematical models and in-depth analyses of outbreaks to investigate how these differences affect the ability of cholera and other waterborne diseases to invade, spread, and remain in a population.

Title: Disease at the margins of species ranges: anther-smut on alpine species.
PI: Janis Antonovics, University of Virginia
Summary: This project will address questions about how the spatial distribution of a species is influenced by disease.  Researchers will conduct experiments on alpine plant populations to determine the role of a fungus in regulating the spread of its host plant species, as well as whether host individuals at the edge of their species' ranges are more likely to contribute to cross-species disease transmission.

Title: Modeling infectious diseases: how much ecological complexity must we address?
PI: Armand Kuris, University of California - Santa Barbara
Summary: In nature, a parasitic species inhabits a complex world of interactions among alternative hosts, competitors for resources, and the environment. However, mathematical models used to study infectious disease dynamics typically reduce this system to a simple depiction of only a single pathogen in a single host population. To test how much influence the ecological complexity of a system has on disease dynamics, scientists will study parasitic diseases in several estuaries along the coast of California and Baja California and will model parasite dynamics in food webs of different complexity, under different temperatures, and for parasites with complex life cycles.