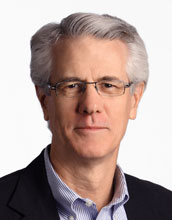 The National Science Foundation (NSF) has selected F. Fleming Crim to serve as assistant director for the Directorate of Mathematical and Physical Sciences (MPS). Crim will lead a staff of 160 and an annual budget of $1.3 billion. MPS supports core research in astronomy, chemistry, physics, material science and mathematics

Currently, Crim is the John E. Willard and Hilldale Professor in the Department of Chemistry at the University of Wisconsin-Madison. His research group uses lasers to understand chemical reaction dynamics occurring in gases and in liquids.

"Dr. Crim will lead a directorate that has diverse and robust investments in fundamental research," said NSF Director Subra Suresh. "We greatly look forward to his contributions to NSF. We have tremendous confidence in his ability to keep MPS and the agency at the cutting edge of research and technology in the 21st century."

The scope of scientific and educational activity supported in MPS is enormous, ranging from phenomena at cosmological distances, to chemistry of life processes, through quantum mechanical processes in atomic and subatomic physics, to nanomaterials, to mathematics. MPS funds the operations and management of 14 major multi-user facilities, allowing thousands of scientists and students to press the bounds of scientific knowledge, and to invest in potential future projects needed to remain at the cutting-edge of research. MPS provides about 51 percent of the federal funding for basic research at academic institutions in the mathematical and physical sciences.

Crim has lectured around the world and published more than 150 papers. He received his bachelor's degree from Southwestern University and his doctorate from Cornell University. His research and teaching have earned many awards throughout his career. These include the Plyler Prize of the American Physical Society, the Langmuir Award of the American Chemical Society, and the Centenary Medal of the Royal Society of Chemistry (London).

Crim will begin his NSF appointment in January 2013.