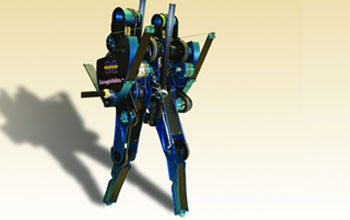 Popular Mechanics designates its Breakthrough Awards as follows: Innovators, whose inventions will make the world smarter, safer and more efficient in the years to come, and Products, which are setting benchmarks in design and engineering today. The three teams supported by NSF fall into the innovators category.

Popular Mechanics will present all of the awards in a ceremony this evening, and will feature the awards in the November issue of the magazine. The ceremony will also highlight this year's Leadership Award winner, Elon Musk, the CEO of SpaceX and Tesla Motors.

"We are once again excited to recognize this year's list of incredible honorees for their role in shaping the future," says James B. Meigs, editor-in-chief of Popular Mechanics. "From a featherweight metal to the world's fastest and most electrically efficient supercomputer, this year's winners embody the creative spirit that the Breakthrough Awards were founded upon."