In general, persons who recently earned a research doctorate from a U.S. university worked or lived in their country of origin in 2008 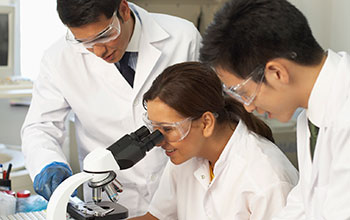 As reported, 97 percent of U.S.-citizen graduates worked or lived in the U.S. upon graduation.

Among persons who earned a research doctorate in science, engineering or health in the United States during the last four years, nearly 40 percent were foreign nationals. A new report from the National Science Foundation's National Center for Science and Engineering Statistics details where this group of graduates lives and works after graduation.

Overall, 20 percent of foreign-citizen graduates reported working or living in their country of origin in 2008, whereas 97 percent of U.S.-citizen graduates reported working or living in the United States. Among foreign graduates who did not return to their country of origin, the United States was by far the most popular destination, followed by the European Union, Asia and Canada.

Most doctorate recipients found employment in academe after graduation, regardless of citizenship status or place of residence. Foreign citizens in the United States were the one exception: they reported working in private, for-profit industry and in academe in equally high proportions. In fact, foreign citizens working in the United States were more likely than any of the other analyzed groups to report working in the private, for-profit sector.

Please visit the NSF's National Center for Science and Engineering Statistics (NCSES) for more reports and other products.