A View Inside the Science of Innovation 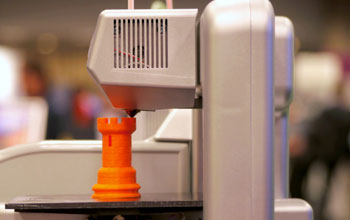 From Thomas Edison's light bulb to Wilbur and Orville Wright's flying machine, inventors and inventions transform the way we communicate, travel and live our daily lives--thanks to the creative process of innovation. That process is highlighted in an educational video series released today.

Innovation is defined by more than a single event or brilliant idea. It's about a process, a series of steps that anyone from a garage tinkerer to a federally funded scientist can take to discover new solutions that meet pressing needs or that add value in new ways to existing products, services or technologies.

In celebration of the 165th birthday of one of America's greatest innovators, Thomas Edison, the National Science Foundation (NSF), the U.S. Patent and Trademark Office (USPTO) and NBC Learn (the educational arm of NBC News), launched an 11-part series narrated by NBC News' Ann Curry highlighting innovators from across the country.

Titled "Science of Innovation," the series features scientists and engineers working on innovative projects across industries such as health care, energy, transportation, agriculture and more. "Science of Innovation" is a continuation of the Emmy-winning NSF-NBC "Science of..." partnership that has produced five other educational video series.

The scientists and engineers featured in the series have been funded by NSF and have received U.S. patents for one or more aspects of their work.

"America's unique system of funding innovative ideas helps them move from basic to applied research and, ultimately, into the marketplace," said Judith Gan, NSF's director of Legislative and Public Affairs. "NSF is proud to have participated in supporting innumerable scientific and technological innovations, which in turn have helped create millions of jobs that make our economy exceptionally competitive."

"The USPTO has promoted the progress of science and invention since 1790," said Teresa Stanek Rea, acting undersecretary of Commerce for intellectual property and acting director of the U.S. Patent and Trademark Office.

"Education is the key to encouraging today's children to become tomorrow's innovators," she said. "But as President Obama stated in his Inauguration speech January 21st, 'No single person can train all the math and science teachers we'll need to equip our children for the future.' These videos and lesson plans are great tools for teachers everywhere to help students learn about intellectual property, while inspiring them to connect the process of innovation with science, technology, engineering and mathematics education."

Each video segment will be available to NBC affiliate stations, and for free download at NSF and NBCLearn websites. The series also is aligned to middle school and high school lesson plans produced by the National Science Teachers Association.

"The next generation of innovators is sitting in our classrooms right now," said Soraya Gage, general manager of NBC Learn. "Our hope is that this special video series will engage and inspire our students to imagine the next great invention that will improve lives and transform the future."

The segments feature some of the nation's most fundamental innovations, including:

Smart Concrete--by adding carbon fiber to concrete mixture, a slab of concrete is able to conduct electricity. "Smart concrete" has many potential applications, including helping structural engineers identify trouble spots in a concrete structure long before stress or cracking is visible to the human eye.

Electronic Tattoo--a micro-electronic health monitor so thin, light and portable that it can attach right to the surface of skin and go wherever a person goes. This innovation has the potential to revolutionize the field of health care technology.

3-D Printers--a three-dimensional, digital representation of an object created with a computer and then sent to an inkjet printer that builds the prototype in three-dimensions. This innovative tool is giving scientists, engineers and backyard inventors a faster, easier and less expensive way to turn their ideas into a reality.

Bionic Limbs--a robotic exoskeleton that can help people with paralysis and other physical disabilities walk again.

Biometrics--a method for capturing and analyzing the vein patterns in the white part of the eye to help identify people. Biometrics has potential applications for driver's licenses, passports or computer identification control.

Biofuels--a new approach to producing biofuels that uses a marine bacterium called Saccharophagus degradans that otherwise is mostly known for its damaging impact on the environment.

Self-driving Cars--a fleet of safer, self-driving cars that use artificial intelligence to control the car.

Fuel Cell Efficiency--to operate and function efficiently, machines of all shapes and sizes need a source of energy. A series of innovations is helping to make energy conversion within fuel cells as efficient as possible.

Anti-counterfeiting Devices--biosensors designed for food and water safety are now allowing manufacturers to embed unique biomarkers into their products, helping authorities instantly detect whether they are real or fake.

The video segments feature scientists and engineers from a diversity of fields, geographic locations and institutions: