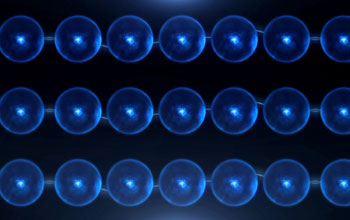 The National Science Foundation and NBC Learn, the educational arm of NBC News, released today five new videos in the Science Behind The News series.

Science Behind The News is a relatively new, fast-paced video series supported by NSF that explores the science, technology, engineering and mathematics behind current events. Each video features at least one interview with an NSF-funded scientist or researcher.

The five new videos highlight work funded by NSF's Directorate for Mathematical and Physical Sciences. The scope of scientific and educational activity supported in the directorate is enormous, ranging from phenomena at cosmological distances, to environmental science on the human scale, through quantum mechanical processes in atomic and subatomic physics, to phenomena of the unimaginably small.

There are 12 Science Behind The News episodes available to teachers and students at Science360: The Knowledge Network and for free at NBCLearn.com.

The LAPD is using a new tactic in their fight against crime called "predictive policing." It's a computer program that was originally developed by a team at UCLA, including mathematician Andrea Bertozzi and anthropologist Jeff Brantingham.

The impacts of comets on the surface of Jupiter are a fairly common experience. At the University of Central Florida, astronomers Joseph Harrington and Csaba Palotai are leading a project that studies precisely how these impacts happen, and also provides valuable information about what might happen if such a comet struck Earth.

In the search for the next groundbreaking tough material, scientists like David Kisailus from the University of California, Riverside, are looking to nature for inspiration, including under the sea where one little crustacean packs a walloping punch--the peacock mantis shrimp.

Imagine if engineers could build a computer to be millions of times faster than anything that exists today, yet so small that it's microscopic. John Preskill, a theoretical physicist at the California Institute of Technology, explains the science behind quantum computing, the next great frontier in computer science.