Report Highlights Latest Data on Women, Minorities and Persons with Disabilities in Science and Engineering 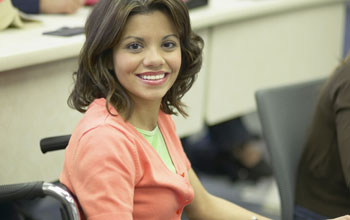 In science-related degrees, women trend toward psychology degrees and less toward computer science.

Women, persons with disabilities and three racial and ethnic groups--African Americans, Hispanics and American Indians--continue to be underrepresented in science and engineering (S&E) according to a new report released by the National Science Foundation.

The report, Women, Minorities, and Persons with Disabilities in Science and Engineering: 2013, highlights the most recent data on S&E education and employment patterns for these groups.

Since 2000, underrepresented minorities' shares in engineering and the physical sciences degrees have been flat, and participation in mathematics has dropped.

This report includes an interactive digest that highlights key issues and trends through graphics and text, along with detailed statistical tables that provide data on higher education enrollments, degrees, institutions and financial support and on employment status, occupations, sectors and salaries. Links to other NSF and non-NSF sources of data are also provided in the report.

For more information on this report, please contact the National Center for Science and Engineering Statistics.

Please visit the NSF's National Center for Science and Engineering Statistics webpage for more reports and other products.