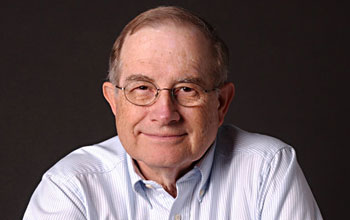 Lane is the Malcolm Gillis University Professor at Rice University and holds appointments as Senior Fellow of the James A. Baker III Institute for Public Policy and in the university's department of physics and astronomy.

"Among the hallmarks of Neal's NSF directorship was the recognition that scientists must be an integral part of, rather than standing apart from, the civic life of our nation and have the willingness to be a vocal advocate for their position," said Dan E. Arvizu, NSB chairman. "He spoke publicly and wrote widely about the need for researchers to engage in a dialogue with the broader public, the majority of whom seldom have any interaction with scientists, about the centrality of science--and engineering and mathematics--to the functioning of modern society.

"As Neal once wrote in the American Association for the Advancement of Science Yearbook, citing Einstein as a prior advocate of the position he was espousing, 'While there is great need for the public to have a better understanding of science, and we should promote this in every way possible, there is as great a need for scientists to have a better understanding of the public.'"

Neal concluded the piece to which Arvizu referred by saying, "In the final analysis, this larger engagement does not mean a focused or fixed research agenda. It does mean openness to new research challenges and unprecedented partnerships among diverse fields and interests. It does mean a commitment to effective communication of knowledge, and connections between discovery and the use of new knowledge in service to society. And it especially means placing a high priority on education and learning for all youngsters wherever they begin their lives."

Prior to becoming the NSF director, Lane was a professor of physics at Rice University and Provost, a position he had held since 1986.

In 1966, he joined Rice's physics department as an assistant professor. In 1972, he became a professor of physics and space physics and astronomy. He left Rice in mid-1984 to serve as chancellor of the University of Colorado at Colorado Springs until 1986.

From 1979 to 1980, while on leave from Rice, he worked at NSF as Director of the Division of Physics. Lane received his bachelor's and master's degrees in physics at the University of Oklahoma. He was awarded a doctorate in physics from that institution in 1964.

Each year, the National Science Board presents the Vannevar Bush Award to exceptional, lifelong leaders in science and technology who have made substantial contributions to the welfare of the nation through public service activities in science, technology and public policy.

The award was established in 1980 in memory of Vannevar Bush, who served as science advisor to President Franklin Roosevelt during World War II, helped to establish federal funding for science and engineering as a national priority during peacetime and was behind the creation of the NSF.

The National Science Board is the 25-member policymaking body for the National Science Foundation and advisory body to the president and Congress on science and engineering issues. Drawn primarily from universities and industry, and representing a variety of science and engineering disciplines and geographic areas, NSB members are selected for their eminence in research, education or public service and records of distinguished service. The NSB has 24 members that serve six-year terms. The 25th member is the NSF director, an ex officio member of the NSB. Visit the National Science Board's website for more information.