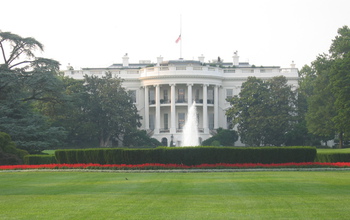 The 102 teachers honored today are from across the U.S.

WASHINGTON, D.C.--President Obama today named 102 mathematics and science teachers as recipients of the prestigious Presidential Award for Excellence in Mathematics and Science Teaching. This year's awardees represent all 50 states, the District of Columbia, Puerto Rico, and the Department of Defense Education Activity. The educators will receive their awards at a Washington, D.C., event in the coming year.

The Presidential Award for Excellence in Mathematics and Science Teaching is awarded annually to outstanding K-12 science and mathematics teachers from across the country. The winners are selected by a panel of distinguished scientists, mathematicians, and educators following an initial selection process done at the state level. Each year the award alternates between teachers teaching kindergarten through 6th grade and those teaching 7th through 12th grades. The 2012 awardees named today teach kindergarten through 6th grade.

Winners of this Presidential honor receive a $10,000 award from the National Science Foundation to be used at their discretion. They also are invited to Washington, D.C., for an awards ceremony and several days of educational and celebratory events, including visits with members of Congress and the Administration.

"These teachers are inspiring today's young students to become the next generation of American scientists, mathematicians, and innovators," President Obama said. "Through their passion and dedication, and by sharing their excitement about science, technology, engineering, and math, they are helping us build a promising future for all our children."

Excellent math and science teachers, exemplified by these awardees, are critical to getting more students engaged in the increasingly important science, technology, engineering, and math (STEM) fields. That's why President Obama has committed to strengthening STEM education and has called for preparing 100,000 excellent science and mathematics teachers over the next decade-a goal that inspired the creation of "100kin10," a coalition of leading corporations, philanthropies, universities, service organizations, and others working to train and retain STEM teachers across the nation. The President has also proposed to further strengthen the STEM teaching profession by launching a new STEM Master Teacher Corps, leveraging the expertise of some of our nation's best and brightest teachers in science and mathematics to elevate the teaching of these subjects nationwide.

Nominations for the 2014 PAEMST are open through April 1, 2014. For more information about PAEMST, please visit http://www.nsf.gov/cgi-bin/goodbye?http://www.paemst.org/.

The recipients of the 2012 Presidential Award for Excellence in Mathematics and Science Teaching are: