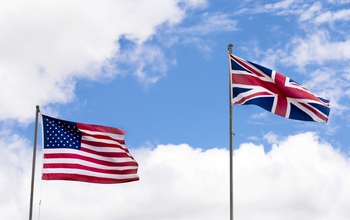 This Pilot opportunity is designed to make it easier for research teams comprised of scientists from the United States and the United Kingdom to manage funding logistics and to simultaneously obtain funding from both countries. It is funded by the U.S. National Science Foundation's (NSF) Directorate for Biological Sciences and the U.K.'s Biotechnology and Biological Sciences Research Council (BBSRC).

This Pilot opportunity will use a simplified, flexible review process that will allow U.S./U.K. research teams to submit a single proposal that will undergo a single review process by only one of the partner agencies. Successful proposals will be funded by both NSF and the BBSRC.

Cora B. Marrett, acting director of NSF, said, "Although NSF has always funded U.S. scientists involved in international collaborations, such collaborations have become increasingly important, partly because of the rapid globalization of research. The many benefits of this Pilot opportunity will include better coordination of funding for U.S./U.K. research teams and increased bilateral awareness of scientific strengths and advancements between the U.S. and U.K. funding agencies."

Jackie Hunter, BBSRC chief executive, said, "Partnerships are vital to U.K. bioscience, offering the opportunity to combine resources and expertise to tackle global challenges. As funders, we are working to reduce some of the barriers encountered by researchers when working with international partners. This pilot is an important step that will help to streamline the collaborative funding process between NSF and BBSRC, making applications easier for those in our community working with the U.S."

The Pilot opportunity was created under a Memorandum of Understanding between NSF and the U.K.'s research councils, which support research partnerships between the two countries. The Pilot opportunity is designed to reduce obstacles that have traditionally been faced by researchers wishing to form international teams. These obstacles include identifying appropriate funding agencies; risking "double jeopardy," where one country's funding agency decides to fund an international team's research proposal, but the partner country does not; and dealing with the different timetables of different funding agencies.

The first step in applying for funding under The Pilot opportunity will be for each research team to select a lead agency based on whether its proposed research would fall more within the scope of NSF'S Directorate for Biological Sciences or that of the BBSRC. Then, each team will submit to its proposed lead agency an Intention to Submit (ITS) that summarizes its proposed research, funding request and other associated information. These documents will be reviewed in August 2014 and August 2015.

Based on each team's ITS, the team's lead agency will determine whether the team will be invited to submit a full proposal. Full proposals will be reviewed in fall 2014 and fall 2015; these reviews will be conducted according to the review criteria of each team's lead agency. Proposals that cover systems biology, computational biology, bioinformatics and synthetic biology (the latter, only for fall 2015 submissions) will be eligible for consideration.

Although the review criteria of NSF and BBSRC are not identical, both agencies' criteria include evaluations by invited reviewers on proposals' scientific or intellectual merit as well as on their broader societal impacts. The decision made by the lead agency on each proposal will be discussed with the partner agency. If a research team receives an award, its U.S. researchers will be funded by NSF, and its U.K. researchers will be funded by the BBSRC.

More information about The U.S. NSF/BIO-UK BBSRC Lead Agency Pilot Opportunity, including submission deadlines, is provided in NSF's Dear Colleague Letter and on the BBSRC's website, which features its Management Plan for the pilot opportunity.