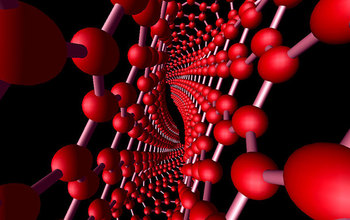 Nanotechnology has an established presence in everyday life.

Nanotechnology has had an established role in industry for many years. For more than a decade, the National Science Foundation (NSF) has supported cross-disciplinary nanoscale science and engineering research, helping to spawn global growth in nanotechnology research and development.

To help quantify that growth, Lux Research released a new report on global spending for emerging nanotechnology and the next generation of nano-enabled products.

These findings help illustrate the long-term impact investments in fundamental science and engineering research under an innovative initiative can have on the global marketplace.

The survey shows global funding for emerging nanotechnology has increased by 40-to-45 percent per year for the last three years. It shows that revenue from nano-enabled products grew worldwide from $339 billion in 2010 to $731 billion in 2012 and to more than $1 trillion in 2013. Revenue from the United States alone was $110 billion, $236 billion and $318 billion those same years, respectively.

Who: Mihail C. Roco, NSF senior advisor for nanotechnology and founding chair of the National Science and Technology Council's subcommittee on Nanoscale Science, Engineering and Technology, is available to talk with members of the press about the report's context and importance.

Background: In 1991, NSF funded the first program solicitation on nanoparticles, and in 1999 prepared the report Nanotechnology Research Directions: A Vision for the Next Decade. This report provided the vision and long-term goals for NNI.

In March 1999, Roco proposed NNI at the White House on behalf of an interagency group. In 2000, an NSF workshop report estimated that the global nanotechnology market would reach $1 trillion annually by 2015.

Because nanotech-enabled products were unknown at the time, that estimate was challenged. The new Lux Research industry survey shows this target was not only realized but completed two years earlier than estimated.