Harvesting sunlight to help feed and fuel the world

Three U.S./U.K. funded projects have been awarded a total of almost $9 million in additional funding to continue research projects aimed at improving the efficiency of photosynthesis 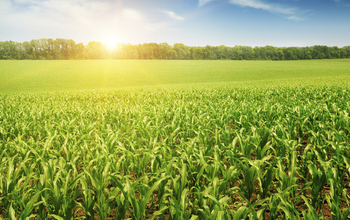 Three research teams--each comprised of scientists from the United States and the United Kingdom--have been awarded a second round of funding to continue research on new ways to improve the efficiency of photosynthesis.

The ultimate goal of this potentially high-impact research is to develop methods to increase yields of important crops that are harvested for food and sustainable biofuels. But if this research is successful, it may also be used to support reforestation efforts and efforts to increase the productivity of trees for the manufacture of wood and paper and thousands of other products that are derived from wood and chemicals extracted from trees. Another reason why photosynthesis is an important research topic: It has made the Earth hospitable for life by generating food and oxygen.

The second round of funding to the three refunded research teams is from the U.S.'s National Science Foundation (NSF) and the U.K.'s Biotechnology and Biological Sciences Research Council (BBSRC). This funding will total almost $9 million over three years. Each team is receiving additional funding because of the significant progress it achieved via its initial round of funding, which was also jointly awarded by NSF and the BBSRC in 2011.

Why and how can the efficiency of photosynthesis be increased?

A photosynthesizing organism uses sunlight and carbon dioxide to produce sugars that fuel the organism and release oxygen. But photosynthesis is a relatively inefficient process, usually capturing only about 5 percent of available energy, depending on how efficiency is measured. Nevertheless, some species of plants, algae and bacteria have evolved efficiency-boosting mechanisms that reduce energy losses or enhance carbon dioxide delivery to cells during photosynthesis.

Each of the three funded research teams is working, in a new and unique way, to improve, combine or engineer these types of efficiency-boosting mechanisms, so they may eventually be conferred on important crops that provide food or sustainable biofuels.

Scientists have long sought ways to increase the efficiency of photosynthesis but without, thus far, producing significant breakthroughs. The potentially transformational methods currently being pursued by the three funded teams were developed during an "Ideas Lab"--a workshop held in 2010 that was specially designed to generate innovative, potentially transformative research projects that might open longstanding bottlenecks to photosynthesis research.

If successful in helping to open such bottlenecks and generate ways to improve photosynthetic efficiency, any of the three re-funded research projects could provide critical support for efforts to address food and fuel challenges currently created by increasing human populations and other factors.

John Wingfield, NSF's assistant director for the Directorate of Biological Sciences, said, "Photosynthesis captures abundant and free solar energy and generates food and oxygen for the planet. Emerging technologies, like synthetic biology, are used in these potentially transformative projects to address the long-standing quest to increase efficiency of photosynthesis."

1. Plug-and-play photosynthesis led by Anne Jones of Arizona State University: Some single-celled microbes capture solar energy and convert it to fuel for self-replication. Plug-and-play photosynthesis aims to distribute the capture and conversion of energy to two environments, so that each environment can be optimized for maximum efficiency for its role.

The plug-and-play team's overall goal is to capture unused energy, which would otherwise be dissipated, from a light-capturing photosynthetic cell--and transfer it to a second cell for fuel production. One way to carry out this energy transfer is to repurpose bacterial nanowires, which are tiny, electrically conductive wires that are present in some bacteria for reasons that are not yet completely understood.

These wires will be bioengineered to form an electrical bridge between light-capturing cells and fuel-producing cells--so that the wires will conduct energy from the former to the latter. To advance this project the plug-and-play team, together with other investigators, have corrected a false, but long accepted, mischaracterization of the biochemical composition of the bacterial nanowires and have thereby provided a new starting point for further study and engineering.

The research team is also working to develop another approach to intercellular energy transfer by creating new chemical pathways that would divert energy from the bacterial light-capturing cell to a designed biofuel-producing cell. The plug-and-play team has advanced this effort by developing a bioelectrochemical device that measures energy production by bacterial light-capturing cells.

2. Multi-Level Approaches for Generating Carbon Dioxide (MAGIC) led by John Golbeck of Pennsylvania State University: MAGIC is aimed at engineering a light-driven carbon dioxide pump that will increase the availability of carbon dioxide to an enzyme that promotes photosynthesis and will thereby increase photosynthetic efficiency.

To advance this effort, the team has, through genetic engineering, repurposed a light-sensitive protein, called halorhodopsin, which is found in a one-celled microbe called Natronomonas pharaonis; this protein helps the microbe maintain the correct chemical balance by pumping chloride into it. But the reengineered form of this protein instead pumps carbon dioxide, which is present as bicarbonate, into cells. To evaluate its pump's effectiveness, the team incorporated its light-driven bicarbonate pump into an artificial vesicle. This vesicle contains a dye whose brightness is proportional to carbon dioxide levels in the vesicle's interior--and therefore provides important information about the pump's usefulness. The team is preparing to incorporate its pump into plant cells to determine if resulting increases in the availability of carbon dioxide to plant cells will increase their growth.

3. Combining Algal and Plant Photosynthesis (CAPP) led by Martin Jonikas of Stanford University: Chlamydomonas, a unicellular algae, has a pyrenoid--a ball-shaped structure that helps the algae assimilate carbon to improve its photosynthetic efficiency. CAPP is aiming to, for the first time, transplant the algal pyrenoid and its associated components into higher plants--with hopes of improving these plants' photosynthetic efficiency and thus their productivity.

So far, the team has identified novel components of the pyrenoid. It has also made progress towards the development of a protein-based sensor that will be used to compare levels of bicarbonate in several cellular compartments in algae. This sensor will be used to help explain the algae's carbon concentrating mechanism and help evaluate the pyrenoid's effectiveness after it has been transplanted into higher plants.

Jackie Hunter, BBSRC chief executive said, "Nature barely skims the surface when it comes to photosynthesis and making use of the sun's energy. There is huge room for improvement and these research projects are taking steps to help us to unlock hidden potential that could benefit us all. Using the sun's energy more efficiently means a greater potential to produce fuel, food, fibers, useful chemicals and much more."

Gregory Warr, an NSF program director, said, "These projects, if successful, could transform the way we generate the fuel, food, clothing and shelter that plants and microbes provide to us."