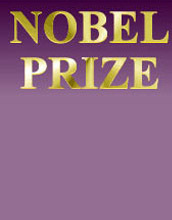 Two scientists whose work was supported by the National Science Foundation (NSF) were among the 13 Nobel Prize winners announced earlier this month.

During the last five years, 13 awardees have been supported by NSF and 214 overall since the foundation was established in 1950. For a full list of NSF-funded Nobel laureates, visit the website: Nobel Prizes, the NSF Connection.

"NSF is pleased to have supported scientists whose innovative work has been recognized by the Nobel committee," said NSF Director France Córdova. "I'd like to congratulate all the winners. Their selection for this important prize underscores the importance of their research. Those whom NSF nurtured along their career paths reflect the diligence and commitment the NSF community takes in evaluating the research proposals of young scientists."

W.E. (William Esco) Moerner, the Harry S. Mosher Professor of Chemistry at Stanford University, was awarded the Nobel Prize in Chemistry "for having bypassed a presumed scientific limitation stipulating that an optical microscope can never yield a resolution better than 0.2 micrometers."

Moerner shared the recognition with Eric Betzig of the Howard Hughes Medical Institute and Stefan W. Hell of the Max Planck Institute for Biophysical Chemistry in Germany.

Optical microscopy was limited by the assumption that it couldn't obtain a better resolution than half the wavelength of the light being used in the microscope. Moerner, Betzig and Hell circumvented that through the useof fluorescent molecules, which made it possible for optical microscopes to operate at the nanoscale and to visualize individual molecules moving within cells.

This Nobel Prize in Chemistry recognizes two techniques. One enabled a method known as stimulated emission depletion (STED) microscopy, developed by Hell. Two laser beams are used; one stimulates fluorescent molecules to glow, another cancels out all fluorescence except for that in a nanometer-sized volume. Scanning over the sample, nanometer-by-nanometer, yields images with high resolutions.

Betzig and Moerner, working separately, laid the foundation for the second method: single-molecule microscopy. The method turns the fluorescence of individual molecules on and off. Scientists image the same area multiple times, letting just a few interspersed molecules glow each time. Superimposing these yields dense images at the nanolevel.

The techniques launched the field known as nanoscopy, allowing scientists to visualize the pathways of individual molecules inside living cells. Researchers can now see how molecules create synapses among nerve cells in the brain; they can track the proteins involved in Parkinson's, Alzheimer's and Huntington's diseases as they aggregate; they can follow individual proteins in fertilized eggs as these divide into embryos.

Over several decades, Moerner's work has been funded by NSF's Directorates for Mathematical and Physical Sciences; Biological Sciences; and Education and Human Resources.

Jean Tirole became the first French economist since 1988 to win the Sveriges Riksbank Prize in Economic Sciences in Memory of Alfred Nobel "for his analysis of market power and regulation."

Tirole is from the Toulouse School of Economics in the University of Toulouse in France. His research uses game theory to understand the behavior and regulation of the large firms that often dominate industries, such as telecommunications, banking, electricity and others.

A small number of large firms, or a single monopoly, often controls market forces within an industry. Left unregulated, such markets may produce abnormally high prices, or allow unproductive firms to block the entry of new, more prolific ones. Tirole's investigation of these firms and markets has resulted in a unified theory that helps answer important policy questions regarding how governments might best deal with mergers or cartels, or how they could regulate monopolies.

His model-based theories also have been important to legal cases promoting or maintaining market competition. Economists in the U.S. Department of Justice and the Federal Trade Commission have used his techniques to analyze several potential antitrust cases, and Tirole's work has contributed to significant changes in U.S. law.

The base for Tirole's groundbreaking research was supported by NSF's Economics Program while Tirole was at MIT during the early part of his career, from 1984 until 1992.

NSF has funded every economics winner since 1998. Tirole is the 51st NSF-funded economist to win the prize.