Federal funding for science and engineering at universities down 6 percent 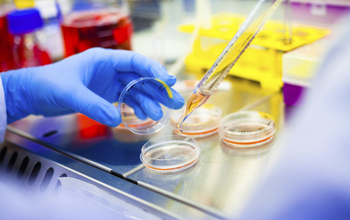 Of the six federal agencies that provide science and engineering funds, only one showed an increase.

Federal agencies obligated $29 billion to 995 science and engineering academic institutions in fiscal year 2013, according to a new report from the National Science Foundation's (NSF) National Center for Science and Engineering Statistics (NCSES). The figure represents a 6 percent decline in current dollars from the previous year, when agencies provided $31 billion to 1,073 institutions.

After adjustment for inflation, federal science and engineering obligations to academic institutions dropped by $1 billion from FY 2011 to FY 2012, and by $2 billion between FY 2012 and FY 2013. The obligations fall into six categories:

Of those categories, research and development accounted for 89 percent of total federal obligations during the past three years.

The leading 20 universities, ranked in terms of federal academic S&E obligations, accounted for 37 percent of the FY 2013 federal total. The Johns Hopkins University continued to receive the most federal obligations of any university, at $1.5 billion.

NCSES collects information about federal obligations to independent nonprofit institutions in two categories: research and development, and R&D plant. The $6.6 billion provided to 1,068 institutions in FY 2013 represented a 2 percent decrease from $6.8 billion the previous year. The leading 10 nonprofits accounted for 36 percent of fiscal 2013 funding, with the MITRE Corporation receiving the largest total, at $485 million.

The statistics are from the NCSES Survey of Federal Science and Engineering Support to Universities, Colleges and Nonprofit Institutions.