Research will leverage data from the National Ecological Observatory Network 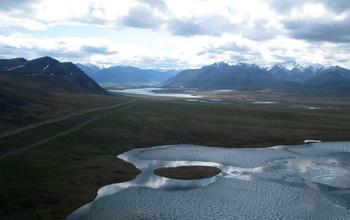 The awards, totaling about $4.8 million, are specific to NEON data, and involve scientists and engineers from nearly 30 institutions across the United States. The high-quality, standardized data collected by NEON can be used to generate comparisons of ecosystem health on regional and continental scales.

"These awards will encourage the community to think creatively about how to use the early science capabilities of NEON, and leverage NEON data more broadly," said James Olds, assistant director of NSF's Biological Sciences Directorate, which funds the NEON project.

When complete, NEON will include sites covering dozens of ecological domains. About 33 NEON sites are complete now, and provisional data from those sites is available via the NEON Data Portal. NEON-collected specimens and samples are also available. The observatory is expected to be fully constructed by the end of 2017.

The awards include 15 from NSF's Early Concept Grants for Exploratory Research (EAGER) funding mechanism. The EAGERs provide up to $300,000 for two years to support short-term, proof-of-concept projects with high-payoff prospects. They cover a broad array of research questions, including: What role does microbe diversity play in the atmosphere? How are different species responding to the California drought? What processes account for the continental-scale patterns of biodiversity we see in the United States?

Many of the EAGERs are collaborations--28 principal investigators will work on the projects.

Four awards are for workshops, which allow researchers to come together over the course of one to two years, to collaboratively pursue analysis and synthesis of NEON data. Workshop topics include studying synergies between NEON and NSF's Long-Term Ecological Research sites, and ways to integrate NEON data with existing ecological data sets.

More information about NEON is available on the and in this NSF news article.

The principal investigators for the workshops are: