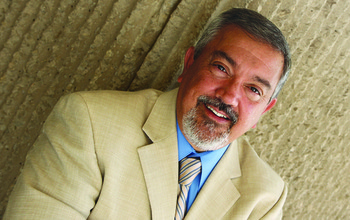 The National Science Foundation (NSF) has selected Mario A. Rotea as division director of the Division of Engineering Education and Centers (EEC) in the Directorate for Engineering. Rotea, who begins his term at NSF today, is head of the mechanical engineering department and holds the Erik Jonsson Chair at the University of Texas at Dallas (UT Dallas).

"The Directorate for Engineering is delighted to welcome Dr. Rotea to NSF," said Pramod Khargonekar, NSF assistant director for engineering. "He brings insights into the challenges and opportunities facing engineering education and the potential for technological advances when university researchers collaborate."

Rotea joined UT Dallas in 2009 to serve as professor and inaugural head of the then newly-created mechanical engineering department. He directed the department’s rapid growth, dramatically increasing student enrollment from 10 students to more than 900 in 2015 and recruiting 25 faculty members over a period of six years. He also oversaw the processes for ABET accreditation of the BSME degree program and established the university’s PhD degree program in mechanical engineering.

Prior to joining UT Dallas, Rotea was department head for mechanical and industrial engineering at the University of Massachusetts Amherst. He previously spent 17 years at Purdue University as a professor of aeronautics and astronautics, where he pursued the development of methods for analysis and design of control systems. For two years during this period, he served as an NSF program director for the Engineering Directorate’s control systems program.

Along with his academic interests, Rotea has worked closely with industry. He served as co-director of the NSF Industry/University Cooperative Research Center WindSTAR, which brings together researchers at the University of Massachusetts Lowell and UT Dallas with industry partners to prepare students and advance wind energy. Earlier in his career, Rotea worked for the United Technologies Research Center as senior research engineer on control systems for helicopters, gas turbines and machine tools.

Rotea received his bachelor’s degree in electronic engineering from the National University of Rosario, and he earned his master’s degree in electrical engineering and his PhD in control science and dynamical systems at the University of Minnesota. Rotea has served as an advisor for 18 students seeking MS degrees and PhDs, and he has authored or coauthored more than 125 technical publications.

Rotea received an NSF Young Investigator Award, the Purdue Seed for Success Award, and the CT Sun School of Aeronautics and Astronautics Excellence in Research Award, as well as recognition for teaching. He previously served on the Board of Governors of the IEEE Control Systems Society and in 2007 was named an IEEE Fellow for contributions to robust and optimal control of multivariable systems.

The NSF Division of Engineering Education and Centers (EEC) integrates basic research and education into strategic frameworks critical for addressing national challenges and promoting innovation. The division is responsible for investments in engineering research centers and networks, including the signature Engineering Research Centers, which provide the structure for system-level interdisciplinary engineering research, as well as education, broadening participation, and innovation in partnership with academia, government and industry. EEC also leads the directorate’s engineering education research and engineering workforce development programs.