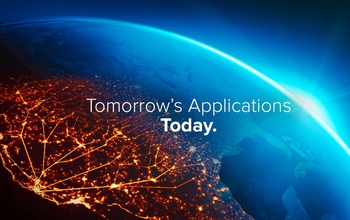 NSF announced nearly $12 million awards that build on the successful efforts of US Ignite.

The United States lags behind most developed countries in terms of high-speed Internet availability. Though there are signs this is changing, insufficient investment in gigabit networks--those capable of 1,000 megabits per second, roughly 30 times faster than the networks commonly available today--threatens to limit U.S. leadership in Internet applications and services.

In June 2012, the White House Office of Science and Technology Policy and the National Science Foundation (NSF), in partnership with other federal agencies, announced US Ignite, an initiative seeking to promote U.S. leadership in the development and deployment of next-generation gigabit applications with the potential for significant societal impact.

Today, NSF announced nearly $12 million for US Ignite awards that build on the initiative's successes.

The 11 new awards expand US Ignite to new cities and regions, support novel application prototypes in areas of national and societal importance--such as healthcare, energy, and education and learning--and advance the goal of creating connected, digitally empowered communities.

The effort coincides with the National Smart Cities Initiative, announced today, and is part of NSF's broader commitment to support the technologies needed to foster the smart and connected communities of the future.

"NSF's experience with US Ignite over the last two years has shown that local communities and regions are sources of considerable innovation," said Jim Kurose, head of Computer and Information Science and Engineering at NSF. "With support from NSF and other public and private partners, dozens of gigabit application prototypes have been piloted, developed and launched, often in partnership with community anchor institutions such as universities, libraries and municipal service providers."

Examples of successful US Ignite-supported gigabit application prototypes include smart policing technologies pioneered in Flint, Mich.; a fitness application that recently secured venture funding; and a remote sensing system that observes the lower part of the atmosphere and enables real-time analytics allowing meteorologists to provide earlier warnings to the public about severe weather threats.

Through this latest stage of the initiative, NSF awarded two large, three-year grants totaling nearly $9 million to US Ignite, Inc.--a public-private partnership spanning over 40 cities and communities across the nation--and to the Mozilla Foundation, the nonprofit organization dedicated to openness, innovation, and participation in the Internet.

These two new projects are:

These awards will support the development of testbeds in a number of U.S. cities and communities, as well as the creation of "living labs" to enable the sharing of gigabit application prototypes across community boundaries.

The five new projects are:

NSF's leadership of the US Ignite initiative will enable the U.S. academic research and non-profit communities, along with local cities and communities throughout the nation, to explore the challenges of developing and applying next-generation networking to problems of significant public interest. In doing so, they will help to create a national innovation ecosystem that will have profound, long-term social and economic impacts.