Research will advance a broader understanding of the brain 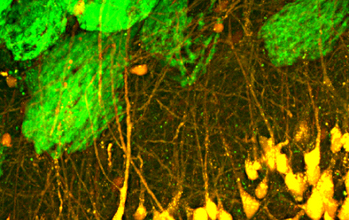 Since the early 19th century, scientists have worked to unravel the mystery of olfaction, the sense of smell.

Olfaction is critical for the survival of species across the animal kingdom. Yet how the brain processes and identifies odors--and how this information influences behavior--remains, largely, an enigma.

To help solve this mystery, and advance our broader understanding of the brain, the National Science Foundation (NSF) has awarded more than $15 million for three projects to research the intricacies of olfaction. These awards support 17 researchers who combined innovative ideas from multiple disciplines into collaborative projects, all designed to transform scientists' understanding of neural coding of odors.

"Olfaction is both an important and tractable problem in neuroscience," said James Olds, assistant director of the Biological Sciences Directorate. "By using the olfactory system, which is an ancient system, as a model for neural circuits, we can gain insights into the fundamental principles underlying neural activity and complex behaviors."

The awards expand NSF's investments in the President's BRAIN Initiative. They are funded by NSF's Directorates for Biological Sciences and Mathematical and Physical Sciences (MPS).

"The inclusion of physical and mathematical methods to this research will prove invaluable," said Krastan B. Blagoev, program director for Physics of Living Systems in MPS. "Blending biology with physics and mathematics adds an important new dimension to studying biological processes, by allowing us to explore biological mechanisms at the most basic, molecular level in a quantitative and predictive way."

The research proposals arose from the NSF Olfactory Ideas Lab workshop, held in June at the Janelia Farm Research Campus. The labs are intense meetings that bring together scientists and engineers from disparate fields to formulate innovative ideas and develop potentially transformative research proposals. This Ideas Lab involved 30 researchers; over the course of five days, they forged teams and hashed out five project ideas. These three awards were selected from the final proposals submitted by those teams.

Analysis of the mammalian olfactory code: The mammalian olfactory sense is truly amazing. It can swiftly discriminate between thousands of odors, and parse out the different smells in complex odor combinations. This project will investigate the process of odor recognition, focusing on how basic features of odor perception--odor identity and valence, which is the behavioral significance attached to an odor--are encoded in the brain. The principal investigators are: Hiroaki Matsunami, Duke University; Sriram Kosuri, University of California, Los Angeles; Dale Wachowiak, University of Utah; Marcelo Magnasco, Rockefeller University; Vladimir Itskov, Pennsylvania State University; Lisa Stowers, Scripps Research Institute.