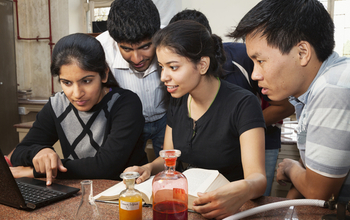 Immigrants went from making up 16 percent of the science and engineering workforce to 18 percent.

Immigrants went from making up 16 percent of the science and engineering workforce to 18 percent, according to a new report from the National Science Foundation's National Center for Science and Engineering Statistics (NCSES). In 2013, the latest year for which numbers are available, 63 percent of U.S. immigrant scientists and engineers were naturalized citizens, while 22 percent were permanent residents and 15 percent were temporary visa holders.

Of the immigrant scientists and engineers in the United States in 2013:

Among Asian countries, India continued its trend of being the top country of birth for immigrant scientists and engineers, with 950,000 out of Asia's total 2.96 million. India's 2013 figure represented an 85 percent increase from 2003.

Also since 2003, the number of scientists and engineers from the Philippines increased 53 percent and the number from China, including Hong Kong and Macau, increased 34 percent.

The most common broad fields of study for immigrant scientists and engineers in 2013 were engineering, computer and mathematical sciences, and social and related sciences.

Over 80 percent of immigrant scientists and engineers were employed in 2013, the same percentage as their U.S.-born counterparts. Among the immigrants in the science and engineering workforce, the largest share (18 percent) worked in computer and mathematical sciences, while the second-largest share (8 percent) worked in engineering. Three occupations-- life scientist, computer and mathematical scientist, and social and related scientist--saw substantial immigrant employment growth from 2003 to 2013.

Data presented in the NCSES report are from the 2013 SESTAT, an integrated data system that provides a comprehensive picture of individuals educated or employed in science and engineering fields. It serves as the official NSF source for estimates of the college-educated workforce for those fields. The 2013 data are collected through two biennial surveys.