U.S. R&D increased in 2013, well ahead of the pace of gross domestic product 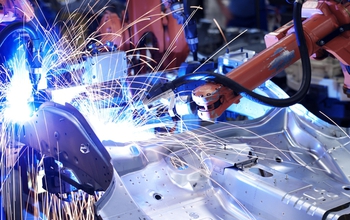 Most R&D funding -- 63 percent -- went toward development, with 18 percent going to basic research.

U.S. expenditures in research and development (R&D) rose to $456.1 billion in 2013 -- a $20.7 billion increase over the previous year, according to a report from the National Science Foundation's National Center for Science and Engineering Statistics.

The business sector continues to be the largest performer of R&D in the U.S., accounting for $322.5 billion, or 71 percent, of total national expenditures. That figure represents a $20.3 billion increase over the previous year. The business sector's predominance is a longstanding trend; from 1993 to 2013, its annual share ranged from 68 percent to 74 percent.

The federal government conducted $49.9 billion, or 11 percent of the country's R&D in 2013, including $33 billion performed by agencies and in their own facilities and $16.8 billion by 40 federally funded research and development centers. While federal R&D saw yearly increases of between $1 billion and $2 billion from 2008 to 2011, its 2013 total was a $1.5 billion decrease from the previous year.

Other nonprofits performed an estimated $18.6 billion in R&D in 2013, of 4 percent of total U.S. expenditures.