NSF awards rapid response grants to study current El Niño, one of the strongest on record

Awards address effects on coral reefs; connections between rainfall and landslides; and signatures of past El Niños in ice caps 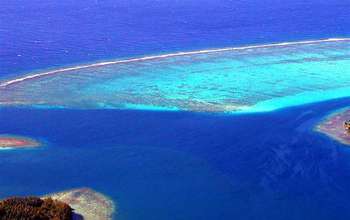 El Niño: What effect will it have on weather, on flooding and landslides, and on economically important coastal ecosystems?

To find answers to these and other questions about the El Niño now underway, the National Science Foundation (NSF)'s Directorate for Geosciences has awarded 13 rapid response grants (RAPIDs), totaling $1.59 million, for studies on topics from coral reefs, to landslides, to ice cap snow that contains records of past El Niños. More grants will be awarded in coming weeks and will be added to this list.

El Niño is the formation of warmer-than-usual ocean waters in the equatorial Pacific, with extensive temperature changes along the coast of South America during the month of December -- hence the Spanish name "El Niño," the Christmas child.

"The current El Niño is one of the strongest on record, and recent rain events in California highlight why it is important for researchers to understand its effect on the atmosphere," said Roger Wakimoto, NSF assistant director for Geosciences.

"There are also other important areas of scientific investigation that need to be pursued," Wakimoto said, "such as the effect of warming ocean temperatures on coral reefs, potential disruptions to marine and fresh water ecosystems, and understanding and predicting landslides from drenching rains."

El Niño has distinct temperature and precipitation changes over land and in the sea, scientists have found. Rainfall and snowfall may be greatly increased or decreased, and flooding and landslides more frequent.

The first ocean temperature changes usually begin during the northern summer (June through September) then continue to grow, reaching their maximum during winter, from November to the following January.

El Niños happen about every two to seven years. The last one was in 2009-2010. Their duration is variable but is usually six to eight months along the equator, with shorter time periods in higher latitudes. There have been exceptional cases of very long El Niños that lasted for two or more years, such as in 1957-1959.

"Understanding the basic scientific mechanisms of El Niño is of great importance to our nation's security and economic lifeblood," says Rick Murray, director of NSF's Division of Ocean Sciences. "Through these rapid response grants, NSF is able to support a diverse array of scientific projects related to this phenomenon."

In the warmer waters of an El Niño, coral reefs -- already under siege around the globe -- often undergo major die-offs from bleaching, ocean acidification and other threats. Through an El Niño RAPID grant, biologists will identify which components of the coral reef ecosystem are most vulnerable and provide a prognosis for survival of corals in a warming world.

Scientists will also study responses of the California Current Ecosystem off the U.S. West Coast to El Niño. Warm-water plankton and fish, for example, may be transported far to the north of their normal ranges. In some El Niños, species that live along the coast of Baja California, Mexico, may be found as far north as off British Columbia.

As more people live along the shore, it's becoming increasingly important to forecast how storms and other weather systems can alter the landscapes of coastlines, geoscientists say. Researchers will collect field data from the Oregon coast during El Niño conditions. These data will make models of beach movement and coastal erosion more accurate.

How can researchers best understand the current El Niño? Perhaps by looking into the past. Scientists will dig new snow pits to collect cores from the Quelccaya ice cap in southern Peru. Samples from these cores will be analyzed to provide new, reliable markers of past El Niño events.

Lonnie Thompson, Ohio State University: RAPID: Characterizing the Chemical and Physical Signature of the 2015-16 El Nino in the Quelccaya Ice Cap Snow and Ice to Calibrate Past ENSO Reconstructions