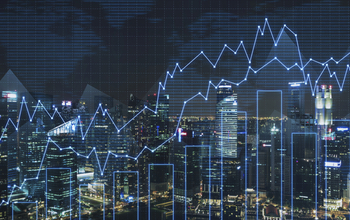 In 2010, parent companies of U.S. multinationals performed $197 billion in the United States.

Multinational companies perform the majority of all research and development (R&D) done by companies located in the United States, according to a new report from the National Center for Science and Engineering Statistics (NCSES).

In 2010, U.S.-located businesses performed $279 billion in R&D. Seventy-one percent of that, or $197 billion, was performed by the parents of U.S. multinational companies. Their share of federally funded R&D was even higher, at 75 percent of total $34.2 billion. These parent companies also employed 788,000, or 56 percent, of 1.4 million U.S. business R&D workers.

Separately, the NCSES report noted that U.S.-located affiliates that are majority-owned (greater than 50 percent) by foreign multinational companies performed 14 percent of total U.S. business R&D in 2010. Those affiliates employed 155,000 R&D workers in the U.S., and more than half of their R&D was performed in six states -- California, Illinois, Massachusetts, New Jersey, Pennsylvania and Texas.

The NCSES report and a related set of detailed statistical tables were produced by the R&D Data Link Project, a collaborative effort by NSF, the U.S. Census Bureau, and the Bureau of Economic Analysis linking R&D and multinational company (foreign direct investment) surveys. Although each of the participating surveys have more recent data, 2010 is the latest linked set. The links reveal new details on multinational company R&D. For example, the detailed statistical tables have information on the character of R&D work -- whether that work is basic, applied or experimental development -- by multinational companies and additional geographic detail, including the state where the work took place, the investing country and host country.