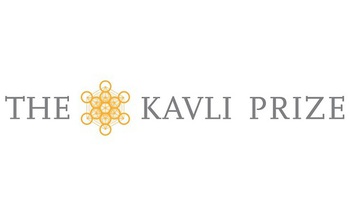 Announced in June, Kavli laureates receive their prizes during Kavli Week in September.

This week, nine researchers -- seven of whom have received support from the National Science Foundation (NSF) -- will accept Kavli Prizes at a ceremony in Oslo, Norway for pioneering scientific advances in the fields of astrophysics, neuroscience and nanoscience.

Presented every two years by the U.S.-based Kavli Foundation, the Norwegian Academy of Science and Letters, and the Norwegian Ministry of Education and Research, the prestigious Kavli Prize celebrates those science laureates "whose discoveries have dramatically expanded human understanding" of existence at the big, small and complex scales.

"As a primary funder of basic scientific research, NSF shares some important goals with the Kavli Foundation, including our deep commitment to curiosity-driven, potentially transformative scientific exploration," NSF Director France Córdova said during a June event announcing the laureates' names. "NSF is dedicated to helping all of science continue to explore what Sir Isaac Newton once called the 'great ocean of truth,' and which continues to hold treasures for those who dedicate themselves to exploring it."

This year, the Kavli Foundation will present the Kavli Prize for astrophysics to Ronald Drever and Kip Thorne from the California Institute of Technology, and Rainer Weiss from the Massachusetts Institute of Technology," for the direct detection of gravitational waves." Weiss, Thorne and Dreyer, who began their work more than 40 years ago, helped to conceive of and co-found the NSF-funded Laser Interferometer-Gravitational Wave Observatory, or LIGO. On Sept. 14, 2015, LIGO detected for the first time gravitational waves -- ripples in the fabric of spacetime -- caused by two black holes merging into one another more than a billion light years away. The detection of the waves confirmed a major prediction of Albert Einstein's 1915 general theory of relativity, thus opening a new window into the cosmos.

In the field of neuroscience, Eve Marder from Brandeis University, Michael Merzenich from the University of California, San Francisco, and Carla Shatz from Stanford University will receive the Kavli Prize "for the discovery of mechanisms that allow experience and neural activity to remodel brain function." The NSF-funded neuroscience laureates have spent more than 40 years exploring the flexibility of the brain and its neural networks to determine its ability to rewire, remodel and recover after an injury. Their research proved that the adult brain is more adaptable than previously thought, presenting new ways to treat neurological conditions such as Alzheimer's disease, stroke damage, schizophrenia and autism.

In addition to the astrophysics and neuroscience awardees above, NSF also provided past support to Calvin Quate of Stanford University, one of three Kavli Prize recipients in the field of nanoscience. Quate and his fellow prize recipients are being recognized for their invention of the atomic force microscopy, a kind of scanning probe microscope now widely used in the fields of physics, chemistry, biology and materials science.

Kavli Prize
The Kavli Prize was initiated in 2008 and named in honor of Fred Kavli, a Norwegian-American physicist, entrepreneur and philanthropist. Prizes are presented every two years in cooperation and partnership with the U.S.-based Kavli Foundation, the Norwegian Academy of Science and Letters, and the Norwegian Ministry of Education and Research. The Norwegian Academy of Science and Letters announced this year's award recipients on June 2 in a webcast from Oslo, Norway, and at the World Science Festival in New York City. For more information on the laureates, their scientific contributions, and the Kavli Prize, visit the Kavli Foundation website.