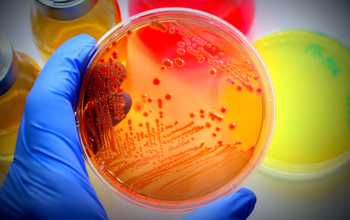 Health, space flight and basic research were among the largest non-defense categories of the total.

Federal budget authority for research and development (R&D) rose in Fiscal Year (FY) 2016, the third straight year of current dollar increases, according to a new report from the National Center for Science and Engineering Statistics (NCSES).

The FY 2016 budget authority total for R&D and R&D plant (facilities and fixed equipment) came to $149 billion in current dollars, up $10.5 billion from the previous year. Federal budget authority is the primary source of legal authority for federal agencies to enter into spending commitments.

The three-year increase follows a period of notable decline for R&D, facilities and equipment budget authority. From FY 2010 to FY 2013, it steadily declined, falling a cumulative 11 percent. But in FY 2014, that trend began to reverse when the budget authority rose by $3.7 billion, followed by another $2.4 billion the following year.

In current dollars, the three years of increases roughly offset the years of decline, bringing R&D and R&D plant budget authority back to the FY 2010 level. Adjusted for inflation, however, the FY 2016 total remains below the FY 2010 level by about 10 percent.

The down-and-up shifts in funding levels were largely due to a challenging policy environment in which the administration and Congress sought to agree upon spending levels and priorities for the entire federal government, according to the NCSES report.

Spending caps and cuts in the 2011 Budget Control Act contributed to the decline in budget authority for R&D and R&D plant. Later, the 2013 Bipartisan Budget Act tempered some of those spending limits, allowing for increases. The 2015 Bipartisan Budget Act and the 2016 Consolidated Appropriations Act set federal spending levels that allowed for the $10.5 billion increase in FY 2016.

National defense accounted for 52 percent of the FY 2016 R&D and R&D plant total. Most national defense-related dollars went to programs for military R&D, testing and evaluation at the Department of Defense. Large non-defense categories included: