4 industries accounted for 52% of foreign R&D performance by U.S. companies 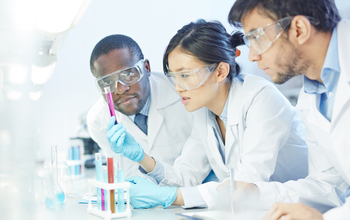 Based on per-employee cost, U.S. companies spent 77 percent more on R&D in the U.S.

U.S. companies spent $73 billion on research and development (R&D) performed outside the United States in 2013, according to a new report by the National Science Foundation's National Center for Science and Engineering Statistics.

The total represented 18 percent of U.S. companies' total R&D performance. These same companies spent $323 billion on R&D performed within the United States in 2013.

Differences in spending per R&D employee between domestic and foreign R&D performance were most pronounced in the information and communications technologies industries, which includes manufacturing of computer and electronics products, software publishing and computer systems design.

For more information, including detailed breakdowns of locations, industries and company size, read the full report.