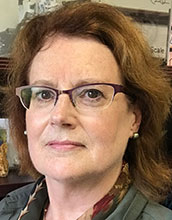 Kinney has more than 30 years of leadership and management experience in the astronomical community.

The National Science Foundation (NSF) has selected Dr. Anne Kinney to serve as head of the Directorate for Mathematical and Physical Sciences (MPS), which supports fundamental research in astronomy, chemistry, physics, materials science and mathematics.

Kinney has more than 30 years of leadership and management experience in the astronomical community. Since 2015, she has been serving as chief scientist at the W. M. Keck Observatory, which hosts the world's largest optical and infrared telescopes. At Keck, she served as a liaison to the global scientific community, acting as an ambassador to the observatory's entire user community.

Prior to that, Kinney held multiple positions at NASA's Goddard Space Flight Center -- most recently as Director of the Solar System Exploration Division, leading and managing a team of more than 350 people. Before moving to Goddard Space Flight Center, Kinney was director of the Universe Division at NASA Headquarters. She oversaw successful space missions that included the Hubble Space Telescope, the Spitzer Space Telescope, the Wilkinson Microwave Anisotropy Probe and the Galaxy Evolution Explorer.

"Anne Kinney arrives at a special moment in our quest to understand the universe -- as excitement builds for a new era of multi-messenger astrophysics. And, as we look to convergence research to address some of the most challenging issues in science and engineering, all of the fields in the MPS directorate -- mathematics, chemistry, materials science, physics and astronomy -- play foundational and leading roles," said NSF Director France Córdova. "Kinney has successfully brought together researchers, educators, students and other partners time and again to support significant scientific and engineering feats. I am thrilled to welcome her to the NSF leadership team, where her skills and experience will help us maintain our position keeping the U.S. at the forefront of scientific and technological excellence."

MPS provides about 43 percent of the federal funding for basic research at academic institutions in the mathematical and physical sciences. The directorate serves the nation by supporting fundamental discoveries at the leading edge of science, with special emphasis on supporting early career investigators and advancing areas of science, including quantum information science, optics, photonics, clean energy, data science and more. The NSF-funded Laser Interferometer Gravitational-Wave Observatory (LIGO), which recently detected the collision of two neutron stars, has been supported by MPS for more than 40 years.

"MPS explores some of our most compelling scientific questions, and I am eager to add to the efforts of an agency that plays a key role in driving the U.S. economy, ensuring national security and enhancing the nation's global leadership in innovation," Kinney said. "Throughout my career, I've been fortunate to lead teams that have used knowledge gained from breakthroughs in fundamental science to enrich how we see and understand the universe. It's exciting to think that my work at MPS will support research with the potential to fuel decades' worth of future exploration."

Kinney has won numerous awards and honors, including the Presidential Rank Award for Meritorious Service, the NASA Medal for Outstanding Leadership and several NASA Group Achievement Awards for projects such as the Keck Observatory Archive and the James Webb Space Telescope, the Gamma-ray Large Area Space Telescope (now known as the Fermi Gamma-ray Space Telescope) and Lunar Orbiter Laser Altimeter. An avid supporter of science communication and outreach, Kinney created the Space Telescope Science Institute education group -- launching the online Amazing Space program -- and has served on the editorial board of Astronomy Magazine since 1997.