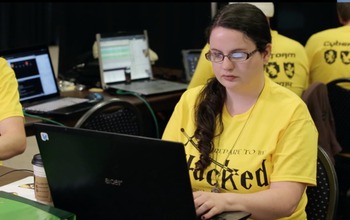 The National Science Foundation (NSF) recently gave the nation's cybersecurity professionals a boost with the inclusion of four new universities into its CyberCorps: Scholarship for Service (SFS) program.

NSF awarded nearly $5.7 million, with an expected total of almost $16.6 million over the next five years, to universities in Indiana, Maryland, Louisiana and Texas. The schools will use the money to provide scholarships consisting of full tuition and a stipend up to $34,000 to individuals willing to work after graduation in a cybersecurity position for federal, state, local or tribal governments.

The following universities received the awards:

"Each school provided evidence of a strong academic program in cybersecurity, including designation as a Center of Excellence by the National Security Agency and Department of Homeland Security," said Victor Piotrowski, CyberCorps SFS lead program director in NSF's Education and Human Resources Directorate. "They also bring unique additions to the CyberCorps SFS portfolio of 70 schools."

For example, the University of Maryland will integrate CyberCorps SFS into the Advanced Cybersecurity Experience for Students (ACES), a cybersecurity curriculum created as a private-public partnership with Northrop Grumman Corporation. It consists of two academic programs that students take over the course of four years: the ACES Living-Learning Program for freshmen and sophomores, and coursework for juniors and seniors called the ACES Minor that leads to an academic minor in cybersecurity.

The awards come in advance of the annual job fair held for CyberCorps SFS scholarship recipients each January in the Washington, D.C. area.