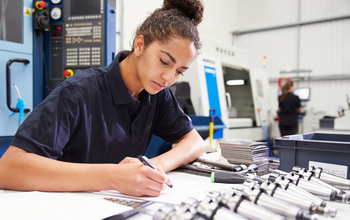 Federal obligations for research and development (R&D) totaled an estimated $118.3 billion in Fiscal Year (FY) 2017, an increase of 2.8 percent from total federal R&D obligations in FY2016.

Total obligations for research declined 0.3 percent to $66.5 billion in FY2017. Data are from the most recent Survey of Federal Funds for Research and Development, sponsored by the National Center for Science and Engineering Statistics within the National Science Foundation (NSF). Data for FY2016 are actual amounts, and the FY2017 data are preliminary.

Six agencies accounted for 97.5 percent of the basic research obligations in FY2017:

Federal obligations for applied research decreased 0.8 percent between FY2016 and FY2017 to $34.2 billion. Similar to basic research funding, universities and colleges accounted for the largest share of applied research obligations, increasing by 0.5 percent from FY2016.

Most support for individual fields is provided by one or two agencies. Federal obligations from HHS made up 84 percent of total obligations for the life sciences. The USDA followed with 6 percent.

Life sciences made up the largest share of federal research obligations, highly concentrated in funding from HHS. Other fields show similar patterns of federal investment. For example, in FY2017, the share of obligations for computer science and mathematics research was 35 percent from DOD, 28 percent from DOE and 26 percent from NSF. Obligations for engineering came largely from DOE with 37 percent, followed by DOD with 25 percent. Support for the physical sciences came largely from DOE (36 percent), NASA (21 percent) and NSF (16 percent).

For more information, including data tables, please see the report.