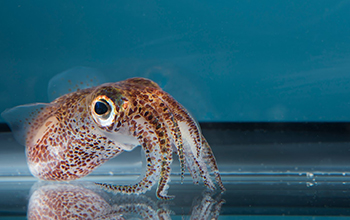 The EDGE program helps the research community overcome the impediments that restrict progress in the biology of organisms, including their structure, function and other traits. Specifically, EDGE supports the development and dissemination of new functional genomic tools, approaches and associated infrastructure to directly test gene function in organisms.

"The EDGE awards are very exciting because they are transformative," said Joanne Tornow, NSF's acting assistant director for the Directorate of Biological Sciences. "These researchers are creating innovative tools that will advance efforts to identify links between genes and complex organismal-level characteristics in a wide range of species."

EDGE awards cover a diverse range of organisms, from fungi to plants and animals. Each new project will move the scientific community closer to being able to predict phenotype by developing enhanced genomic tools and infrastructure. This research will contribute to elucidating the sets of rules that predict an organism's observable characteristics or phenotypes, helping to address one of NSF's 10 Big Ideas, "Understanding the Rules of Life."

"This research represents a grand challenge in biology and is part of a bigger effort within our field to better predict how organismal traits arise from genetic variation in natural environments," said Ted Morgan, NSF EDGE program director. "Building this fundamental understanding of how genetic changes are connected with organismal traits has a range of significant societal benefits that include predicting organismal responses to changing environments, the development of more effective conservation efforts, the development of new medical approaches, new therapeutics and better crop yields."

This year's awardees include: