Appointment of Dr. Ralph Gaume as Division Director for the Division of Astronomical Sciences 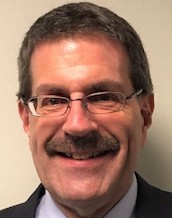 Appointment of Dr. Ralph Gaume as Division Director for the Division of Astronomical Sciences, Directorate for Mathematical and Physical Sciences.

Dr. Gaume has held the position of Deputy Division Director in AST since 2016 and temporarily served as Acting Division Director in 2017. Dr. Gaume has been with the Foundation since 2014 when he joined as a Program Director responsible for overseeing management of the Arecibo Observatory; developing, executing, and maintaining partnerships with other federal agencies, international partners, and private/university entities; and managing transition activities for multiple large facilities. Dr. Gaume has spent much of his career engaged in federal science management. Prior to joining NSF, Dr. Gaume spent two decades with the US Naval Observatory (USNO), serving first as an Astronomer and later taking on roles including that of Astrometry Department Head and Precise Time and Astrometry Program Manager for the USNO and the Department of Defense. He has authored 171 citable publications, 65 of them refereed. Dr. Gaume received his B.S. in Physics from Wichita State University and his Master of Science in Astronomy and PhD in Physics from the University of Iowa.

Dr. Gaume assumes the position of DD following the return of Dr. Richard Green to his home institution, the University of Arizona.   Dr. Gaume started his role as DD on September 16, 2019.