Media Teleconference and Webcast for Reporters: Latest Research on Oregon's Oceanic "Dead Zones" and How Climate Change May Be Promoting Them 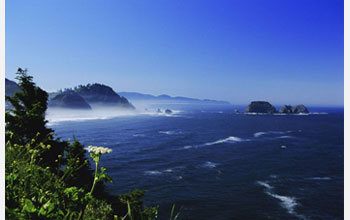 Yet another ecological scourge may earn a place on the ever-lengthening list of problems associated with climate change: the formation of some types of so-called "dead zones"--marine expanses covering hundreds, or even thousands, of square miles that become too oxygen-starved during the summer to support most life forms.

Oregon's marine dead zones are a particularly timely topic because: 1) the Earth currently has more than 400 dead zones--with the count doubling every ten years; 2) scientists suspect that dead zones off the Oregon and Washington coasts may be caused by climate change, unlike the overwhelming majority of dead zones, which are caused by pollution; 3) the Pacific Northwest's dead zones are located in one of the nation's most important fisheries; and 4) the Pacific Northwest's dead zones, which have appeared every summer since 2002, are a relatively new phenomenon.

In addition to hosting the webcast with Jack Barth on October 8, the National Science Foundation (NSF) will also release on October 8 a multi-media package about the Pacific Northwest's dead zones, entitled Dead Zones: Mysteries of Ocean Die-Offs Revealed. The multimedia package will be posted on NSF's Web site at http://www.nsf.gov.