Global perspectives on a comet 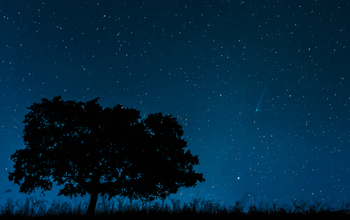 Seven photographers from around the globe received awards for their stunning images of comet C/2012 S1 (ISON) at the Northeast Astronomy Forum held at Rockland Community College today.

The National Science Foundation's (NSF) Division of Astronomical Sciences, Astronomy magazine and Discover magazine co-sponsored the photo contest with three categories for entry: 1) Cameras and tripods without the use of tracking or telescopes; 2) Piggyback cameras riding atop a telescope or motorized mount; 3) Through-the-scope images where the telescope acts as the camera's lens.

Winners are as follows:

"ISON was one of the brightest comets in decades, and millions were captivated last November as this sun-grazing comet flew dangerously close to the sun's surface," said Maria Womack, an NSF astronomy division program director.  "It was so exciting to cheer with so many others in the world as the comet made its first trip to the inner solar system, which, sadly, it did not survive.

"Capturing an event like Comet ISON is even more of an achievement, because it was so close to the sun and visible to the naked eye for such a short time. Photographers like those who did so well in our contest, make sure the rest of us don't miss these special occasions. The pictures are impressive and ethereal--and truly captured the comet's last gasp."

In fact, Comet ISON deteriorated to almost nothing after the point at which it was closest to the sun, so virtually all submissions were of images prior to that point.