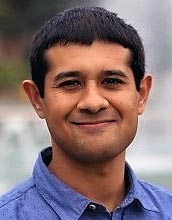 
Dr. Chakrabortty joined NSF as a program director in August 2020. He is a Professor in the Electrical and Computer Engineering Department of North Carolina State University, Raleigh, NC, where he is also affiliated with the NSF Future Renewable Electric Energy Delivery and Management (FREEDM) Systems Engineering Research Center. His research interests are in areas of Power Systems, Control Systems, Optimization, and Machine Learning, with applications to both transmission-scale and distribution-scale power grids. Over the past twelve years, he has worked extensively in the areas of control and optimization of smart grids, renewable energy integration, cyber-physical systems, and cyber-security. Dr. Chakraborty has built a nationally visible cyber-physical testbed for power system control using real-time digital simulators that has been invited for live demonstrations in national events such as the US-Ignite and the Smart-America Challenge, sponsored by the U.S. White House. He has authored or co-authored more than 160 technical publications in refereed journals and conference proceedings, and has published three books. Since joining NC State, he has graduated 10 PhD students, and has supervised 4 postdoctoral researchers. Over the past twelve years, his research has been sponsored by NSF, US Department of Energy, ARPA-E, the US Army Research Lab, Electric Power Research Institute (EPRI), and by a variety of power system companies such as Southern California Edison, New York Power Authority, and Duke Energy.

Dr. Chakrabortty is a senior member of IEEE. From 2016 to 2020 he served as an associate editor for IEEE Transactions on Control System Technology, and currently serves as an editor for IEEE Transactions on Power Systems. He has served in numerous technical program committees for conferences such as American Control Conference (ACC), ICCPS, IEEE SmartgridComm, and IEEE GlobalSIP. He served as the vice-chair for industry and applications for ACC 2016 in Boston, and the vice-chair for invited sessions for ACC 2020 in Philadelphia. He has organized or co-organized several research workshops including the NSF Workshop on Real-time Learning and Decision Making in Dynamical Systems in 2018.

Dr. Chakrabortty received the NSF CAREER award in 2011. At Rensselaer, he was awarded the Allen B. Dumont Prize of 2009 in recognition for the best doctoral thesis by an Electrical Engineering PhD graduate. His research group at NC State has received the best Internet Application in Energy Award from US Ignite in 2013 and 2014.  In 2019 he was named a University Faculty Scholar by the NC State Provost's office.