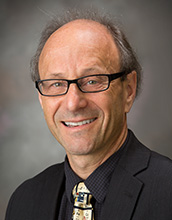 
David B. Berkowitz is the Director of the Division of Chemistry at the National Science Foundation, where he oversees a staff of 40 and an annual budget of approximately $250 M dedicated to funding fundamental science in chemistry that bears on many other disciplines and that is directed at training the next generation of scientists.  Berkowitz is also Willa Cather Professor of Chemistry at the University of Nebraska-Lincoln where he leads an active research group engaged in science at the chemistry/biology interface.  He also co-leads the Nebraska Drug Discovery & Development Pipeline (ND3P) along with Ken Bayles from UNMC.  He is a AAAS Fellow (2015), a Japan Society for the Promotion of Science (JSPS) Fellow (2008) and an Alfred P. Sloan Fellow (1997). In 2018, Berkowitz chaired the international Gordon Research Conference on Biocatalysis. Berkowitz currently sits on the Chemical Sciences Roundtable at the National Academy of Sciences.