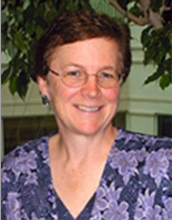 
Elizabeth Lyons is Head of NSF's Tokyo Regional Office, based in the U.S. Embassy in Tokyo. She began her service in Tokyo in January 2016 and has worked in various capacities at NSF since 1996.

From March 2011 to September 2014, she served on detail from NSF to the Department of State, serving as a Senior Advisor in the Bureau of Oceans and International Environmental and Scientific Affairs and in the Office of the Science and Technology Adviser to the Secretary of State.

From 2008-2011 she was Program Coordinator for the Partnerships for International Research and Education (PIRE) Program in the Office of International Science and Engineering (OISE).  From 2014-2015 and 2003-2008 she served as the Program Coordinator for the Africa, Near East and South Asia region in OISE. From 2002-2003 she was a Program Manager for SubSaharan Africa in OISE. From 1996-1998 and from 1999-2002 she served as a Program Director in the Division of Environmental Biology.

Lyons' international experience includes a 2-month Embassy Science Fellowship in Jakarta, Indonesia in 2012, a summer of research in Costa Rica during her doctoral studies, and the 1998-1999 year spent in Kenya where she organized a regional meeting on invasive species and conducted biological field research on the interaction of ants, acacia trees, and elephants on the African savanna.

Lyons received an A.B. in Sociology from Harvard University, an M.F.S. from Yale University's School of Forestry and Environmental Studies, and a Ph. D. in Botany and Genetics from Duke University. Following completion of her Ph.D., Lyons held faculty positions at Northwestern University and Amherst College.